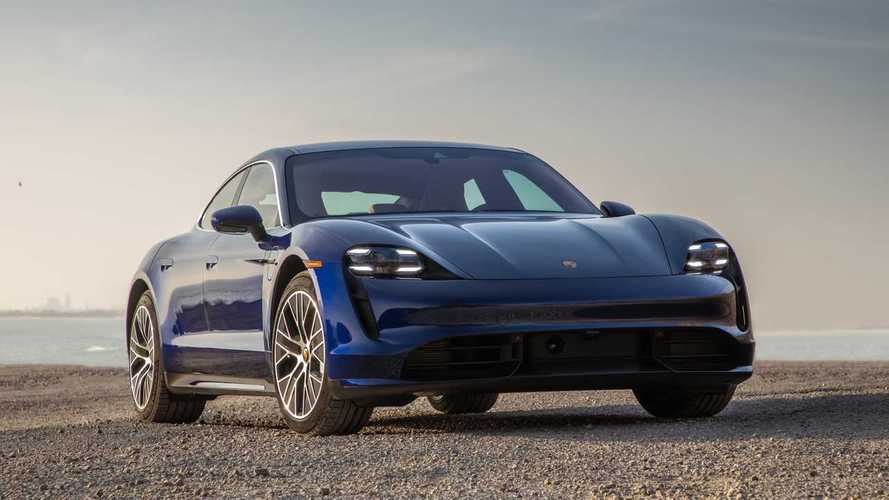 The EV sedan might have hypercar performance, but it also has hypercar thirst.

The all-electric Porsche Taycan certainly grabbed attention when it was revealed in early September. With straight-up hypercar performance from its EV powertrain and shockingly good (yes, pun intended) handling prowess, it was poised to become the electric sedan to rule all electric sedans, and by that, we mean Tesla. However, the Taycan’s official EPA ratings for range could change that, because it’s a disappointing figure.

201 miles. That’s what the EPA officially says the Taycan Turbo can do on a single charge, and that’s assuming normal operation without dipping into the car’s prolific power. That’s obviously below the expected estimate of 212 to roughly 250 miles based on Porsche’s WLTP data for European operation, though admittedly it’s not much below the low end of the estimate. However, it’s way off from the 281-mile figure allegedly reported by the California Air Resources Board (CARB) earlier this year. It wouldn’t be the first time CARB trended a bit high on range for electric vehicles.

So, what gives with the lower-than-expected number? The EPA rating is specifically for the Taycan Turbo model, which obviously doesn’t use an actual turbocharger but it does develop 616 horsepower. In overboost mode for the Turbo S, that figure goes up to 751 hp, which certainly siphons power like crazy. Perhaps EPA testers couldn’t resist sampling the 2.6-second 0-60 sprint the Turbo S is capable of?

Our Take On Taycan:

As interesting as that might be, our colleagues at InsideEVs point out the Taycan isn’t very efficient when it comes to using its power. The car achieved a combined 488 Watt-hours per mile, which translates to a combined mileage rating of 69 MPGe. By comparison, the Tesla Model S P100D with similar straight-line performance gets an EPA-rated 98 MPGe and a range of 315 miles.

The million-dollar question now is whether range anxiety will negatively affect the Taycan in the eyes of buyers. The Turbo model with its $150,000 starting price was never going to be a mainstream model by any stretch, and buyers are likely more interested in the EV’s aggressive performance versus getting an extra 50 miles down the road. Also, this rating applies to the Turbo model – we’re still waiting to see what the less powerful Taycan 4S returns.

Never the less, the rating shows that long-established automakers are still struggling to match Tesla’s wizardry when it comes to overall electric performance.