For starters, it's not actually a Ferrari.

With good reason, you might be tempted to believe this is some sort of Ferrari 360 GT, 360 Challenge or any other motorsport-spec version of the Modena adapted to go rally racing. However, that’s not actually the case at all. Proving looks can indeed be deceiving, this prancing horse that loves to go fast on a gravel course wasn’t built in Maranello and it’s not actually a Ferrari at all underneath its 360 Modena skin.

Our colleagues at Road and Track stumbled onto the rally car on social media and after some thorough investigation, they discovered it’s a custom project built on a bespoke tube-frame chassis hiding underneath the Ferrari 360 Modena clothing. The story is more interesting than that as in the engine compartment there’s no 3.6-liter V8 engine like you’ll find in the Ferrari F355’s successor. The interesting rally car is believed to have a pair of Suzuki engines adapted from motorcycles, with each packing 200 horsepower to match the output of the real 360 Modena. 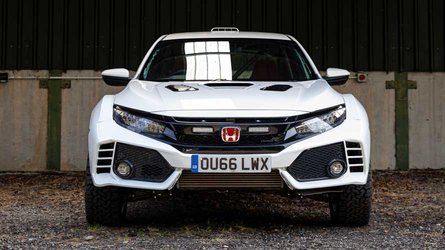 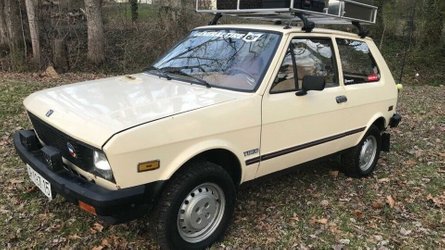 Created by Spanish rally and autocross team Ya-Car, the 360 lookalike sends the engine’s power to both axles compared to Ferrari’s rear-wheel-drive machine. One other obvious change is the generous suspension travel allowing the purpose-built “Ferrari” to tackle the typically rough terrain of a rally course. It appears to have polycarbonate windows to shave off excess weight, while the roof scoop and the giant wing at the back are additional clues we’re not dealing with a typical Modena.

The dual exhaust system with the tips mounted towards the center represents a major departure from the quad setup of the 360 Modena and Challenge Stradale, which both have a pair of tips at the corners of the rear bumper. The rally car’s arrangement has more in common with the exhaust implemented in the 360 GT / GTC, although we’re tempted to believe Ya-Car fitted a custom exhaust since just about everything else seems to be specifically created to turn the not-a-Ferrari into a rally monster.