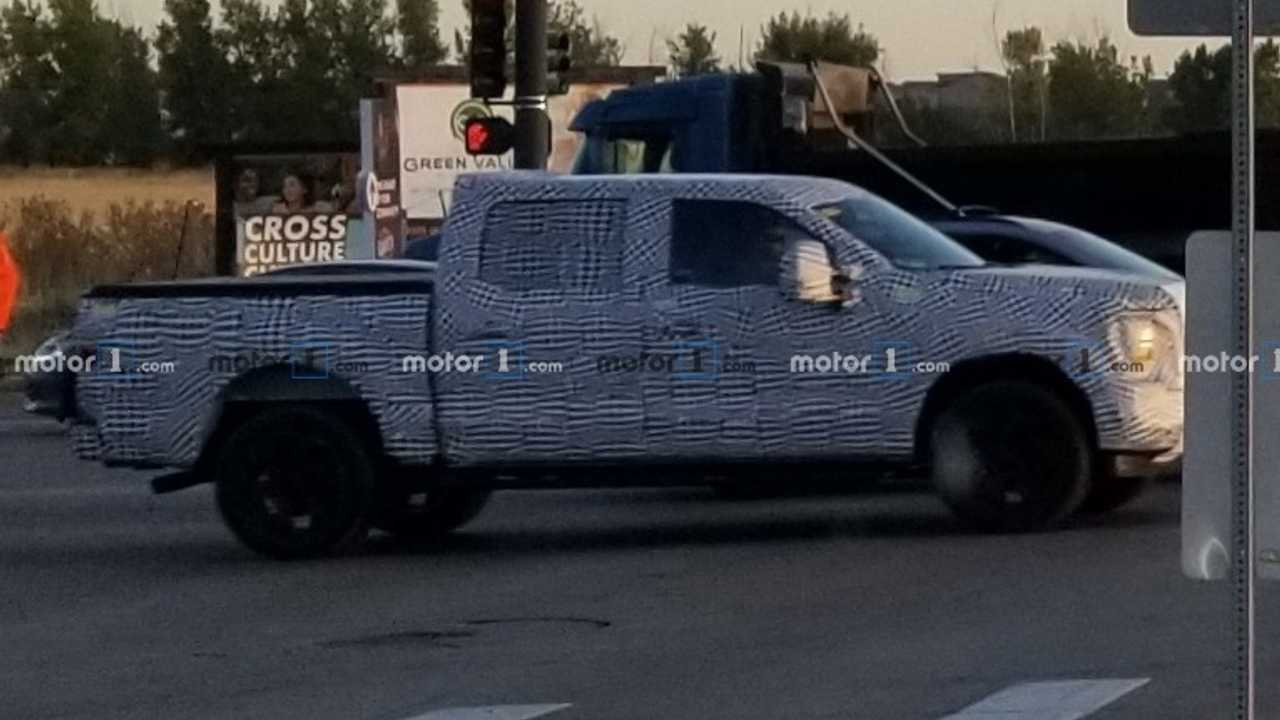 After the first spy photos of the new Ford F-150 from May this year, followed by new shots and a video a few months later, we haven’t had any chances of seeing the development progress of the truck. However, today, thanks to Motor1.com reader Devin, we have two new photos of a camouflaged F-150 prototype. And while they don’t reveal much, at least we can see the pickup is moving on plan with its development.

It is obvious once again that the design of America’s best-selling automotive nameplate won’t take a dramatic turn and will follow the evolutionary approach of its predecessors. These distant shots don’t provide a closer look at the front end but it seems that the fascia is still wearing the fake body panels of the previous test cars spied in May and August. This trial vehicle also rides on a set of larger wheels (presumably 22-inch) that are likely to grace the upper trim levels in the family, such as the Platinum.

The big news surrounding the powertrain range of the heavily updated F-150 is that a new 4.8-liter V8 will replace the current 5.0-liter mill. It is rumored to offer more power than its predecessor with a peak at 420 horsepower (313 kilowatts) versus 395 hp (295 kW) for the 5.0 V8. A hybridized and fully-electric versions of the truck are also in the pipeline but these will arrive at a later date following the debut of the conventional models.

Speaking of the new model’s launch, we believe the overhauled F-150 will arrive at some point next year as a 2021 model year truck. Together with the refreshed design and new engines under the hood, it will also go on sale with the latest generation of Ford’s infotainment system. The SYNC 4 was previewed just last week and will be available with sizes of up to 15.5 inches on select Ford vehicles starting in 2020.

Big thanks to Devin for the photos!