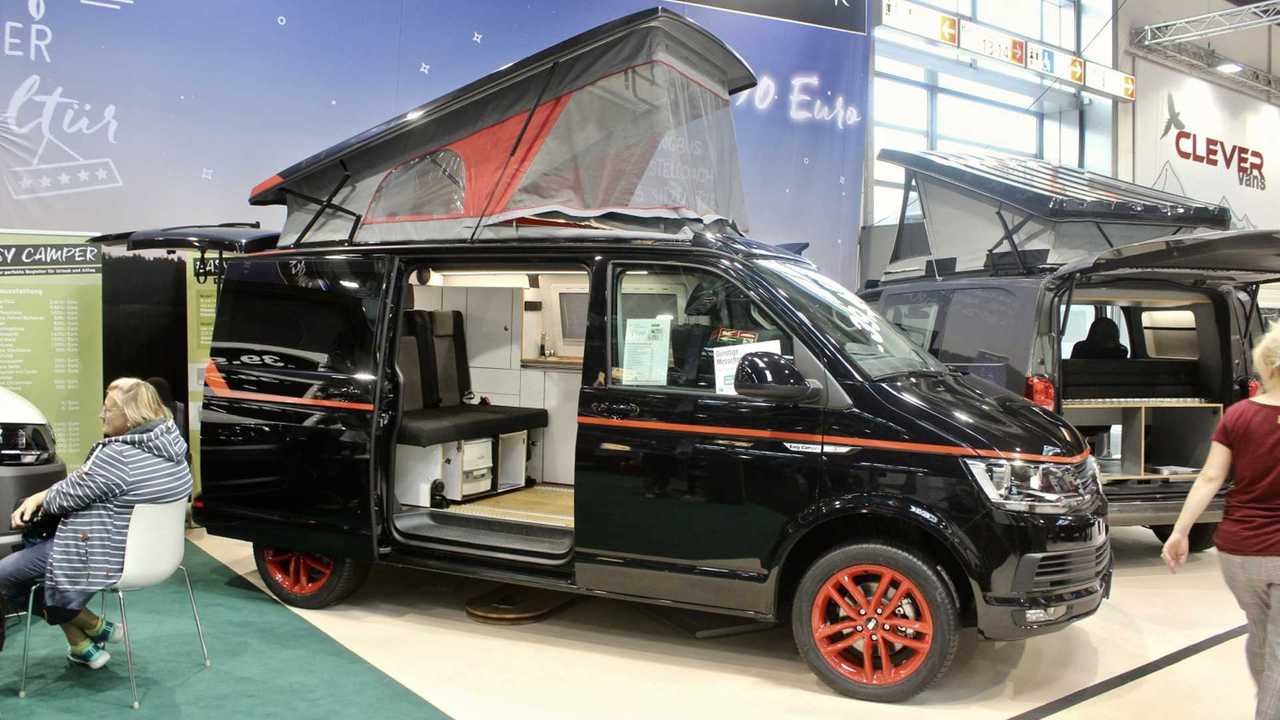 This Volkswagen T6 wears the iconic black and red color scheme like a boss.

You don’t have to be a child of the 1980s to recognize the black/red paint scheme of this Euro-spec Volkswagen T6 van. The A-Team ran for five glorious seasons in the U.S. from 1983 through 1987, with an epic all-star cast riding in a very recognizable GMC Vandura. This particular incarnation may not be as rough-and-tumble for vigilante justice, but we suspect it’s far more comfortable for a group of four seeking a weekend adventure of a more relaxing nature.

Camping To A Different Tune:

New Atlas came upon this custom VW at the recent 2019 Caravan Salon in Germany. Upfitted by Easy Camper, this VW T6 is pretty typical as far as compact campers go. It showcases the company’s Premium floor plan, which includes a rather sizable kitchen with a dual burner stove, sink, and a large refrigerator. The kitchen offers multiple configurations for table settings, and with the passenger seat on a full swivel, there’s space for four to enjoy a face-to-face meal.

After a long day of fighting bad guys exploring, this T6 has room for the team to sleep comfortably. The three-seat bench in the back folds flat to accommodate two people, with a second double bed accessible in the pop-up roof. Ample storage and on-board power with a 100-Ah battery give occupants the essentials for a proper off-grid weekend getaway.

Of course, the paint scheme is the real draw to this cool camper. It faithfully recreates The A-Team look right down to the red wheels. The thin red stripe wraps around the T6 and arcs up at the rear as it should. The only missing items are the lights above the windshield, and the red roof spoiler at the rear, but we so don’t care. This homage to the 1980s absolutely cool, and it is a brilliant way for Easy Camper to promote its latest camping creation.