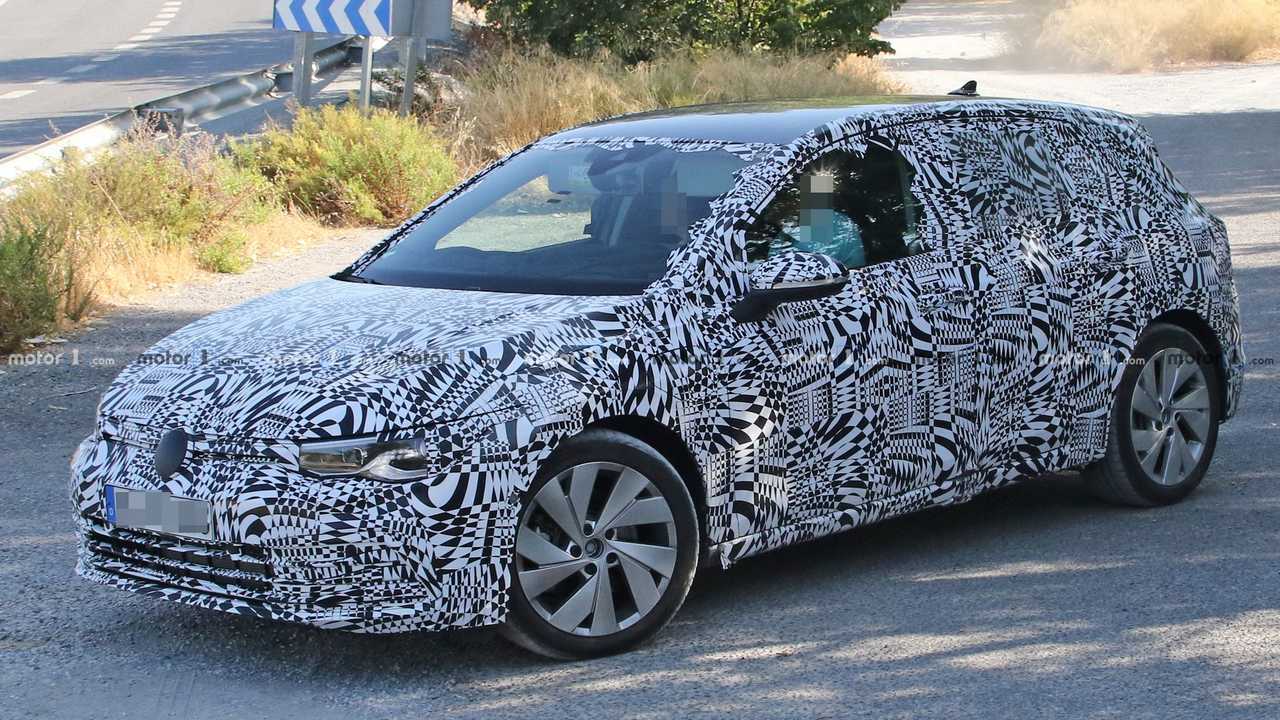 Want a thrifty Golf but the TDI is not your cup of tea? Enter GTE.

October will be the month when Volkswagen will finally take the wraps off the Golf Mk VIII, and these spy shots are showing the electrified GTE is likely not too far behind. With the fully electric ID.3 debuting next week in Frankfurt basically as an e-Golf replacement, the prototype you’re seeing here will effectively be the most eco-friendly Golf version.

How do we know it’s the plug-in hybrid and not just a regular prototype? The front fender on the driver’s side clearly has a cap to hide the charging port, so VW will be moving it from underneath the front badge like it is on the outgoing Golf GTE to the side of the car. Other than that, it looks just about the same as the conventionally powered model, although we’re expecting a slightly different front bumper and a GTE-only grille. The current PHEV version of the Golf also has a set of distinctive C-shaped LED daytime running lights, but it remains to be seen whether that will be the case with its successor.

In one of the adjacent images, we can take a peek inside the cabin where the upper half of the digital instrument cluster is visible. The regular model’s dashboard has already been spied in full a few months ago, so what we’re seeing now is hardly a surprise. While the exterior will be an evolution, the Golf’s cabin will be going through a revolution courtesy of an entirely redesigned dashboard with fewer conventional controls.

It’s too early to talk about the technical specifications, but it is widely believed the Golf will benefit from a mild-hybrid 48V system, with the usual 1.0 TSI and 1.5 TSI gasoline engines joined by a new 1.5-liter diesel and the updated 2.0 TDI diesels. In addition, there's going to be a 1.5-liter TGI Evo compressed natural gas engine.

A couple of years ago, VW did reveal a beefier version with 268 hp (200 kW) and 450 Nm (332 lb-ft), but that was a one-off concept prepared for the 2017 Wörthersee event. A minor power bump is likely on the agenda, along with quite possibly a bigger battery than the 8.7-kWh pack of the current Golf GTE to surpass the 31 miles (50 kilometers) of electric range currently offered.

Perhaps VW will be kind enough to shed some details about the GTE at the premiere of the standard Golf next month.