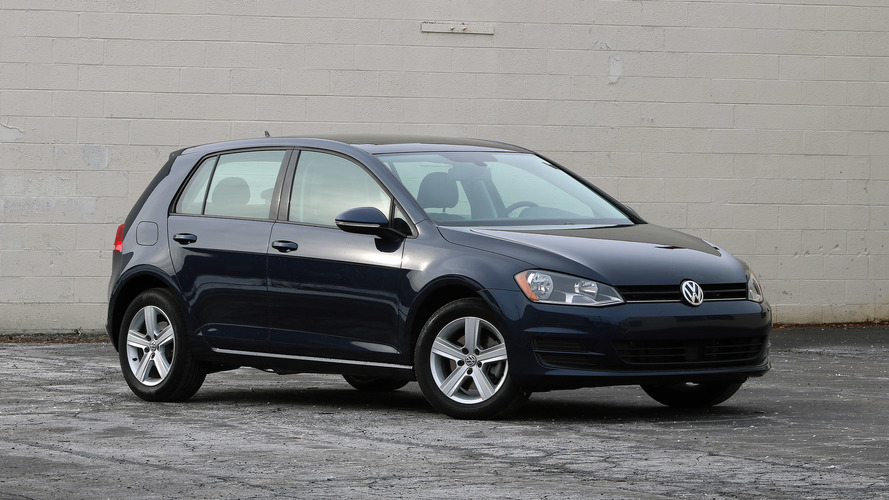 All the equipment you’d want for a very reasonable price makes the Golf even more appealing.

The only gripe I’ve ever had with this era of Golf, the seventh generation, was that you had to spend a lot to get the same equipment as some of its competitors. This Wolfsburg Edition eliminates that argument. The 2017 Golf is available in just two trim levels, S and Wolfsburg, and the latter is equipped with lots of equipment for a very reasonable price. It’s just the icing on the cake of what is an all-around great hatchback.

Pothole-quenching ride. One of the Golf’s biggest virtues is its excellent ride quality. Having relatively small wheels with relatively big sidewalls (specifically, 205/55 all-season rubber on 16-inch wheels) further helps the Volkswagen dispatch with major impacts from broken roads before they’re felt by the driver or passengers.

Lovely interior. Volkswagen’s interiors are excellent, both in design and quality of materials. This cabin is extremely functional and easy to use, yet it still looks stylish and modern. I especially like touches like brushed-metal trim and finely grained plastic. In other words, the inside of the Golf feels like you’re in a far more expensive car.

Great value for money. The Wolfsburg Edition is basically fully loaded for less than $24,000. You get Volkswagen’s active-safety suite, with pre-collision braking and blind-spot monitoring, as well as nice-to-have features like heated seats, push-button start, a sunroof, and a backup camera. While $24,000 doesn’t sound dirt cheap, it’s a pretty reasonable sticker price for a modern compact car with all that equipment.

Gutsy yet smooth engine. Not that I wouldn’t want the much quicker GTI, but this Golf’s 1.8-liter turbo engine is plenty powerful and nicely refined. Lots of torque (199 pound-feet) makes quick work of passing, with smooth and easy delivery through the rev range. Very little vibration makes its way to the cabin, either, whether you’re sat idling at a red light or accelerating briskly.

Chilly seats. It’s a good thing these seats are heated, because Volkswagen’s V-Tex leatherette gets extremely cold in winter. I’d prefer either cloth or actual leather; these seats feel a bit vinyl-like and seem like a poor middle-ground between those options. Fortunately, Volkswagen offers three levels of heating for the front seats, and they warm up quickly.

Plain design. The Golf looks great, and I suspect its design will age very well because it is free of adornments; look at how well older Golfs have aged. But compared to the striking, modern style of cars like the Honda Civic and the new Hyundai Elantra GT, the Golf can seem a little plain. I like the simplicity of the design, but I also recognize that it doesn’t exactly leap out at you visually. Fortunately, we know a refreshed Golf is on the way soon.

No adaptive cruise control. Given that this Golf already has a radar sensor for its pre-collision braking system, which can slow the car to help avoid a crash, it seems odd that there’s no adaptive functionality for the cruise control. If the computer already can monitor the car ahead and apply the brakes to prevent a crash, it’d be nice to have ACC for highway driving.