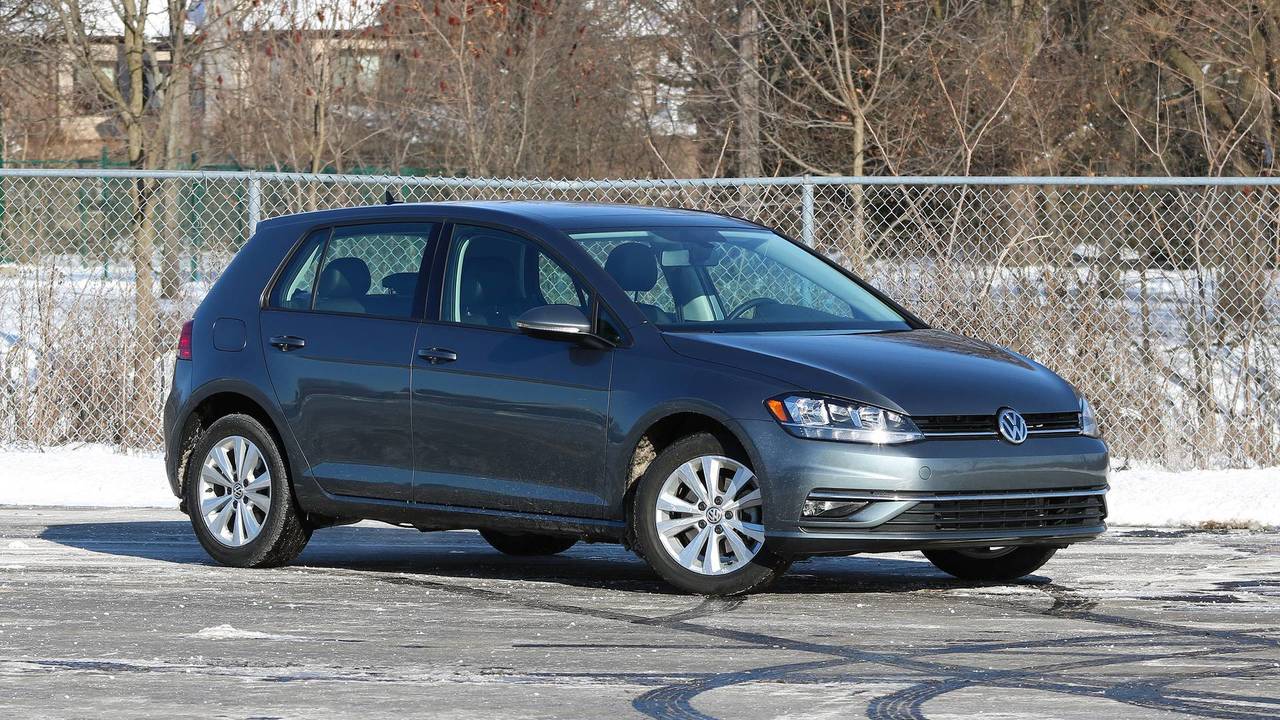 With plenty of style inside and practicality in spades, the Golf should appeal to many people.

Few car segments have as wide-ranging demands placed upon them as hatchbacks. They must be efficient, affordable, and spacious, while also delivering a modicum of driving enjoyment and all of the latest in-car technologies. The Volkswagen Golf has long excelled in this segment because it manages all those competing demands equally satisfactorily. The 2018 model has a handful of visual changes on the outside and some reshuffled equipment options, but what hasn’t changed is its trend of delivering a sensible, lovable experience for everyday drivers.

With the base model available from as little as $20,910, this fully loaded Golf SE rings in at $24,755, representing good value in the hatchback space. There are no option packages for the 2018 Golf, so buyers simply choose between the entry S and this SE model; on either car, picking the automatic transmission instead of the standard six-speed manual costs $1,100.

Taut lines, clean surfacing, and sleeker new-for-2018 LED lighting make for a striking and upscale appearance. There’s a handsome sophistication to this car’s design. But the 2018 Golf also looks, well, much like every Golf before it; other compact hatchbacks are taking greater risks in terms of exterior design these days.

In terms of cabin appeal, the Volkswagen Golf stands right at the top of its class, with a neatly organized interior layout, slick materials, and nice-to-touch switches and controls. It really looks and feels nicer than its price suggests. Drivers and passengers alike enjoy ample space inside, though fitting three adults across the back seat, as in most cars of this size, would be a squeeze. The cargo area is an average size until you fold down the back seats, after which it offers up near class-leading amounts of interior room that can be easily accessed from the large liftgate.

While a perfectly adequate 6.5-inch touchscreen is standard on the Golf S, this SE packs an even slicker 8-inch touchscreen. With crisp graphics, fast responses, and clear menus augmented by physical shortcut buttons, it’s superbly simple to use – though we wish fewer commonly used features were locked out while on the move. It’s worth noting that no built-in navigation system is offered, though both Apple CarPlay and Android Auto support are included on both models.

The multifunction trip computer is a fairly dull monochrome design, but makes up for it by displaying a wealth of information as diverse as fuel economy, speed, music selection, Bluetooth phone options, and driver-assist options.

Where the Volkswagen Golf excels is in its compliant ride and hushed cabin, keeping driver and passengers alike cocooned from the outside world. The car’s handling through curves is more than competent, though uninspiring steering and a soft brake pedal don’t live up to the high expectations we have from the sportier GTI and R variants.

With 170 horsepower but a gutsy 199 pound-feet of torque, the Golf is fleet on its feet, especially thanks to the quick work of its six-speed automatic transmission. Acceleration, like those power ratings, is about average for this class of car: far from exciting, but brisk enough that you’ll never struggle to keep pace with traffic.

The Golf SE has pre-collision braking and blind-spot monitoring. Though with plentiful visibility in all directions, you might not feel the need to rely on the blind-spot warnings. The car’s standard backup camera is crisp, and pops out from rear VW logo – a neat trick to keep the hatch tidier on the outside.

What you won’t find on the standard Golf, though, are advanced features like adaptive cruise control or lane-keep assist, both of which are now available on rival hatches. They are, however, offered on other, more expensive versions of this car; the sporty Golf GTI has adaptive cruise and the Golf R can additionally be equipped with lane-keep.

Where 30 miles per gallon was once the freeway benchmark, compact cars in this segment now routinely hit that figure in EPA city testing. The Golf’s thrifty turbo engine fares well on the highway, with a competitive 33 mpg rating, but its 24-mpg city figure is on the low end for non-performance hatchbacks.