Audis have had matrix LED headlights for quite a while, but the technology trickled down to the mainstream VW brand only in 2018 with the new Touareg midsize SUV. The facelifted Euro-spec Passat received a similar system earlier this year, and now it’s the Golf’s turn to get the clever lights.

Available as an option, the “IQ.LIGHT LED” matrix headlights features 22 individual LEDs per each headlight matrix module that can light up automatically in up to ten different ways, depending on the Golf trim. There’s something called a “sliding turn indicator function” debuting on the Golf and making the most out of the wide LED strip to boost safety since it’s more visible than a regular turn signal.

Smartphones have rendered many devices obsolete, and VW wants to add one more to that list by turning your compatible Samsung smartphone into the Golf’s key. You’re not going to need a mobile connection on the phone to make that happen as all that it’ll take is to put the smartphone near the door handle to lock/unlock the car. Before using it for the first time, you’ll need to link the smartphone to the infotainment via a one-time passcode.

Once inside, there’s a storage compartment on the center console where the driver can place the smartphone and then start the engine and drive off. Interestingly, the smartphone’s virtual key can be duplicated so that you can send it to other members of the family or friends, thus allowing them to gain access into the Golf from a different smartphone.

To cut fuel consumption and emissions as much as possible, VW is installing a mild hybrid system in the Golf equipped with the gasoline engines. These will carry the eTSI badge and will be offered in three different outputs: a 1.0-liter three-cylinder unit with 110 hp (81 kW) and a 1.5-liter four-cylinder with either 130 hp (96 kW) or 150 hp (110 kW). Regardless of the one you go for, the engine is going to be hooked up exclusively to a seven-speed DSG.

These eTSI Golfs are going to use a 48-V belt starter generator, a 48-V lithium-ion battery pack, and a brake energy recuperation function. To save even more fuel, the mild hybrid powertrains enable coasting with the engine completely turned off. Performance off the line is also improved thanks to the electric boost and firing up the engine is smoother due to the 48-V system, so it’s a win-win-win situation.

After 45 years, seven generations, and 35 million cars sold, the VW Golf is waving goodbye to the analog instrument cluster. That’s right – even the base version has an entirely digital driver’s display. It measures 10.25 inches and is complemented by a touchscreen for the infotainment system with an 8.25-inch diagonal for the lesser versions and a 10-inch screen for the more expensive models.

We’ve seen an all-digital cockpit before on a compact hatchback, but the Mercedes A-Class plays in a different league in terms of pricing. That’s why VW is proud to say the new Golf and its “Innovision Cockpit” derived from the Touareg is the first car “within its price bracket” to lose the needles and dials of the old-school instrument cluster.

Rather than projecting the image on a small piece of glass behind the steering wheel as you'll find on some other cars, the optional head-up display available for the Golf 8 directly projects the virtual image onto the windscreen directly in the driver’s field of vision. It shows a variety of relevant information, like navigation notifications and traveling speed.

The advanced Travel Assist system introduced in the latest European Passat has also been installed in the Golf 8. It’s basically a semi-autonomous driving system that can work at speeds of up to 130 mph (210 km/h), which might seem like overkill, but remember there still are sections of the Autobahn in Germany with no speed limits.

Travel Assist makes use of the adaptive cruise control and lane-keeping assist systems, but the driver still has to permanently monitor the system and keep at least one hand on the steering wheel. There are sensors built into the steering wheel to detect when the driver touches it, and if it doesn’t detect anything for more than 15 seconds, audible and visual warning signals are sent out, along with a braking jolt. If the driver still doesn’t take action, the Golf’s emergency braking system automatically kicks in and safely stops the car.

Interested in buying a Golf 8 but you can’t spend extra on the desired options? Not to worry as VW has found a solution. It’s called “features on demand” and it’ll allow you to upgrade the car with new functions post-purchase. Examples of technologies that can be added retrospectively include adaptive cruise control, Wi-Fi hotspot, online-based voice control, Light Assist (main beam), and even navigation.

The list goes on with other goodies such as Wireless App-Connect, which will allow drivers to wirelessly integrate their iPhone apps into the car’s infotainment system. Alternatively, App-Connect will integrate smartphone Android and iOS apps by using a cable. It goes without saying customers won’t be able to retrospectively add features that would require hardware changes, but it’s nice to know you will not be forced to spend extra on some of the desired functions when buying the car.

After using the same switch for as long as we can remember, the VW is finally dropping the conventional controls for the headlights and fog lights to make room for a digital panel. Located to the left of the instrument cluster, it contains all of the controls you’re used to seeing in a product from the VW Group, along with the functions to turn on the heated windscreen as well as the rear window heater. Not only is it more intuitive to use, but it also sits slightly higher on the dashboard for ease of access.

If you plan on buying the Golf 8 with an automatic transmission, you’ll be glad to hear the DSG-equipped models are going to feature a significantly smaller gear knob as a result of adopting a shift-by-wire system. This space-saving feature frees up storage room on the lower section of the center console by eliminating the need for a mechanical linkage between the gear-shifting lever and the transmission. Instead, it uses electronic controls to do all the work.

Developed by Amazon, the Alexa virtual assistant has been integrated into the new VW Golf to make your life easier behind the wheel. That means drivers will be able to ask Alexa to play music, check the news or weather, as well as control compatible devices via voice control.

Speaking of which, VW says the eighth generation of its popular hatchback benefits from a newly developed voice control system that “responds to natural voice commands and is very easy to operate.” Online-based voice control is one of the functions Golf owners will be able to activate retrospectively.

Debuting on a VW model, Car2X allows the Golf to effectively exchange information with other cars and the traffic infrastructure within a radius of up to 800 meters (2,625 feet). Data is transferred in a matter of milliseconds, so other drivers are instantly informed about hazards like an accident, a broken down car or traffic jams.

Car2X is a harmonized standard within the European Union, so the one in the Golf will be fully compatible with all the other cars equipped with this advanced feature. It comes in handy in other scenarios, such as when emergency service vehicle are nearby or when the emergency braking is triggered.

Not exactly a groundbreaking feature, but nevertheless nice to have it in a non-luxury compact car. It goes by the official name of Air Care Climatronic and has a Smart Climate function, but what’s so smart about it? Well, it has some nifty air conditioning features like “fresh air” and “warm hands.” It’s available on the high-end Style trim level.

Whenever a new Golf debuts, many people complain that it looks just about the same as the one before it. That may very well be true, but those who are actually familiar with the model’s lineage know that it has pretty much been at the forefront of technology among mainstream hatchbacks. The Golf 8 doesn’t stray away too far from the familiar design recipe, but unlike its seven predecessors, the changes on the inside are radical with the generation switch.

The list of novelties brought by the Mk8 is quite long, but in this slideshow, we’ll try to keep it short and to the point by only mentioning what we think are the 12 most important features introduced by VW. For a car that looks oh-so-familiar and has essentially the same shape and size as before, you’ll be surprised to find out how many things have actually changed in the seven years that have passed since the previous model was launched.

All About The VW Golf 8: 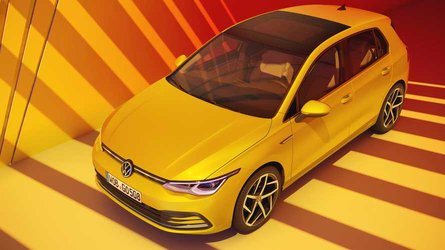 VW Golf 8 Videos Show The Upscale Hatchback From Every Angle 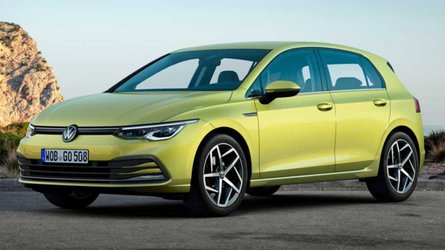 2020 Volkswagen Golf Ushers In Eighth Generation With 11 Power Options
By: Adrian Padeanu
++
++
Got a tip for us? Email: tips@motor1.com