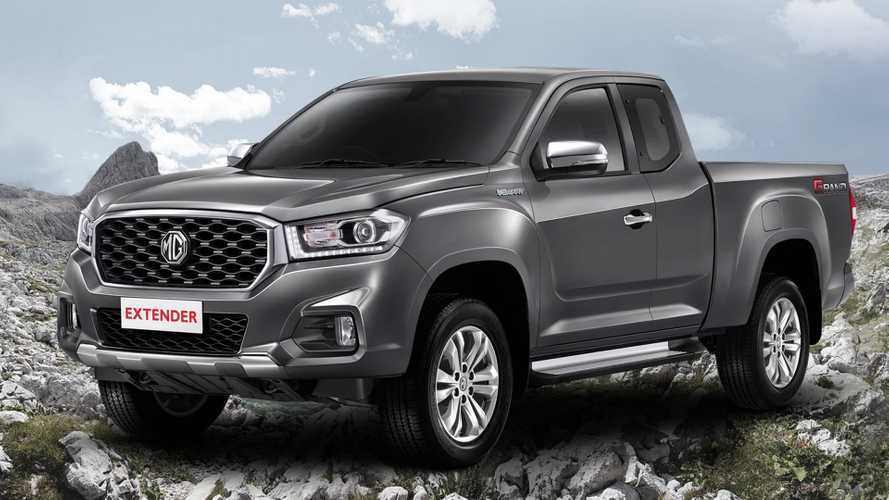 It's really a rebadged Maxus T70, and it's only offered in Thailand.

Pickups absolutely rule the road in America, but trucks are popular elsewhere, too. This one might come as something of a shock, however, because it’s wearing an MG badge. Did you know MG made a pickup truck? The company does now – sort-of anyway – and it’s only available in Thailand. Let us explain.

The British brand best known for tiny runabouts is currently part of the Chinese conglomerate SAIC Motor. Among the various brands under the SAIC umbrella is Maxus, which builds a truck called the T70 for China as well as other markets, including Australia. For reasons we confess to not knowing, that truck was badge-engineered into the MG Extender – the vehicle featured here – and released specifically in Thailand. MG already has something of a reputation in that neck of the woods, and according to Automotive News Europe, pickups account for approximately half of all vehicle sales in the country. So yeah, say hello to MG’s first truck.

As far as looks go, it’s not too shabby. The Extender boasts a macho front clip with a body available in either an extended cab or crew cab format. Under the hood is a 2.0-liter turbo diesel engine making 161 horsepower (120 kilowatts) and 277 pound-feet (375 Newton-meters) of torque. Two-wheel-drive and four-wheel-drive models are available, and buyers can choose between a pair of six-speed gearboxes for manual or automatic shifting. Inside, the Extender gets a 10-inch touchscreen on all but the very basic model, with leather trim available on higher-end offerings.

Whether the MG-branded model will extend to markets outside of Thailand remains to be seen. The truck is built at MG’s plant in Thailand and joins other MG offerings in the country, but given the brand’s European roots, it might be neat to see the pickup in other areas. If it were to ever cross the pond, the Extender’s starting price of 549,000 THB translates to approximately $17,900 – a tempting figure indeed for a modest mid-size 2WD pickup.