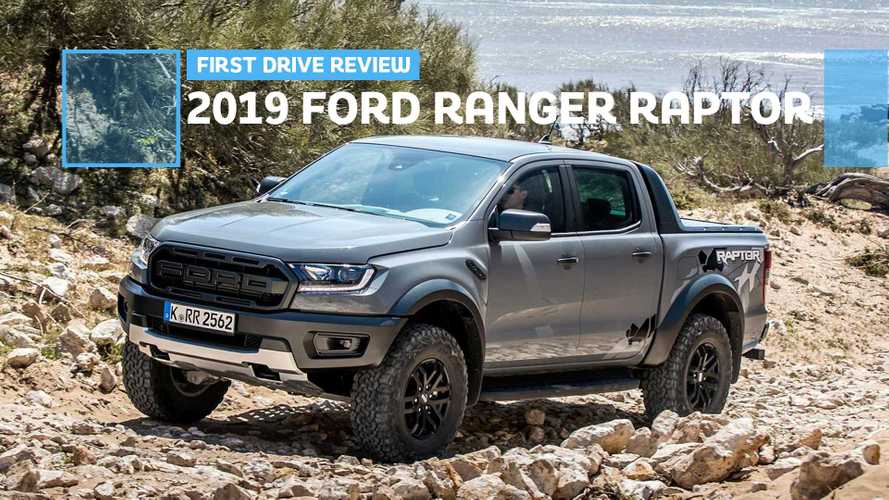 The diet cola of off-road trucks, or as ingenious as the original F-150? It's the moment of truth for the 'baby' Raptor.

You know the Ford F-150 Raptor, right? The totally absurd, 20-foot-long monster is half pickup, half desert racing car. It’s a truck in which you sit nearly 10 inches off the road and ride on gigantic studded tires, all powered by a twin-turbocharged, 450-horsepower V6 that’s completely pointless, highly polluting, and yet, very entertaining. All with the ability to drive, drift, and jump over medium-sized rock formations, and accelerate to 60 miles per hour like a sports car (in less than five seconds).

You get the idea. The only problem is that, while the Raptor works splendidly in wide open spaces of the U.S., it functions less splendidly is on narrow European roads, lively compact city centers and at petrol stations with German fuel prices. And just try to park it somewhere.

According to Ford, the solution is to transfer the F-150’s Raptor recipe to a car that copes a little better to European conditions. The result is the Ford Ranger Raptor. Not that the Ranger, with its 17.5-foot length and 6.7-foot width is small in any way. But in contrast to the F-150, it’s a dwarf – and it is Europe's best-selling truck. Now it is also Europe's most driven truck.

Well, not quite. If you were expecting a hellish, gas-powered Ranger with a twin-turbo 3.5-liter V6, you need to take a deep breath and be strong. The Euro-Raptor gets a 2.0-liter diesel engine. It has one turbo, and only achieves 213 hp and 368 lb-ft. For a four-cylinder, that’s very tidy.

To 60, it takes a comfortable 10.5 seconds. The same 10-speed automatic from the F-150 Raptor and Mustang carries over. The advantage of the gearbox is seen at the petrol pump: the Ranger Raptor returns up to 26 miles per gallon on the highway.

Well, it's a little incomprehensible. Because what you expect from a "Raptor" is a punch to the gut. It has to be completely crazy, giving you a feeling of fear when it accelerates. That's definitely not the case here. The diesel engine is okay in its element (off-road conditions), where it's mainly the torque that counts. When digging through deep sand, mud, and gravel you don’t miss anything. But the EcoBoost engine doesn't really shine, nor give the car extra character. On the road, this becomes more than obvious.

On tarmac, the four-cylinder engine feels tough and tortured. At least, for what you would expect from a Raptor. In a Ford Edge or Mondeo, for example, this engine would be fine. But in this truck, you would wish for unbridled anarchy – and that’s largely not the case here.

In some Ford products, the automatic transmission – with its overwhelming number of gears – almost feels unfinished. As if it doesn’t know what to do with all of them. Here, the 10-speed gearbox makes a better impression. The transmission doesn't swallow itself anymore, it feels well thought out, especially in tough terrain. If you still feel it wallowing around, you can overrule the gearbox with large gearshift paddles on the steering wheel.

Ford fitted the diesel engine a somewhat discreet sound generator. Normally, I ignore these things – but here it's actually a relief. Instead of tractor-like wailing, you hear a sonorous, slight gurgling rumble from the Raptor.

But Is It Still Fun?

In the right terrain, with the space to let the car fly (in the truest sense of the word), the Ranger Raptor is a riot. This is no soft-roader, with merely some plastic around the sills, this is a very serious off-road vehicle.

In addition, there are new front and rear bumpers for better approach and departure angles (24 and 32.5 degrees, respectively), very cool running boards on the sides, quite generous fender extensions, as well as a wonderfully immodest "FORD" logo in the grill like is big brother, the F-150 Raptor.

In the right terrain, with the space to let the car fly (in the truest sense of the word), the Ranger Raptor is a riot.

At the front, the Fox dampers and off-road springs allow 32 percent more travel than a normal Ranger XLT, and at the rear, 18 percent. In addition, Ford Performance throws out the rear leaf springs and replaces them with conventional spring/damper units that include a watt linkage that helps compensate for lateral movements of the axle during compression.

If you want to really torture the truck beyond paved roads, all those upgrades are extremely helpful. Driving comfort also benefits noticeably. However, the Ranger loses its status as an unbreakable workhorse to some extent. The payload drops from around 2,205 pounds to 1,365 pounds, and towing capacity from 7,715 pounds to 5,510 pounds. So, leave the pallets with the marble blocks at work and instead load up mountain bikes or canoe in the back. The Ranger Raptor is more of a lifestyle truck than other Rangers.

But that doesn’t mean it’s not still tough. You'll soon realize that the perfectly tuned suspension is the undisputed star of this car. Whether it's deep sand, mud, roots, jumps, or anything else that pushes conventional trucks to their limits, the Raptor plows through it like nothing. Please don't worry about the right speed, in doubt, full throttle is the right choice. Once again, it’s a real pleasure to experience the capable Fox racing suspension at work.

And to make sure you never get bored, Ford included six driving modes that change rear- and four-wheel drive settings, as well as engine response, traction control, and stability control. "Normal,” "Grass/Gravel/Snow," and "Mud/Sand" are more or less self-explanatory. In "Sport," the Raptor basically becomes a rear-wheel-drive vehicle. "Rock" adjusts the four-wheel drive system with gear reduction and deactivates ESP. What remains is "Baja” mode, essentially the "crazy mode" with special traction control settings, ESP-off, and the choice between rear or four-wheel drive.

In our test, we were impressed by the electronics, which always had the right answer to the most diverse, sometimes extremely hairy tasks. The differences between the different modes and the three drive variants are noticeable. You don't have to give it much thought – the toughness will take care of it. So just plow through the flora with real momentum and the Ranger Raptor comes close to its big brother, the F-150, on the "stupid grins-per-minute" scale.

And On The Street?

In Germany, there aren’t many people with an off-road course suitable for racing on their doorstep. The nice thing is, that even with the less exciting engine, the Ranger Raptor is a surprisingly talented street car. Steering around center gets a little lost in space, and the knobbly tires roll often more than bearable, but otherwise, the Ranger Raptor is pleasingly compact and car-esque for its size. This one is noticeably skillful and more dynamic than anything else in the class. Of course, the Ranger Raptor is not an athlete, the front wheels whimper pathetically around tighter curves. But for a pickup, it doesn’t feel much different than a "normal" car.

Also very pleasant: the low noise level of the knobby tires, the equally quiet engine, and the beautifully made interior. The quality of the materials looks almost luxurious for a truck, the Ford performance finish (blue detailing and a sports steering wheel) fits very well. And the new sports seats are a force. Row two doesn't look as inviting at first glance, but it’s completely capable, with enough leg and headroom for people over six feet.

That's really difficult. Of course, nothing really comparable exists in Europe at the moment. On the other hand, there is hardly anything you need more than this vehicle. I mean, we're talking about a €66,770 ($74,685 at current conversion rates) Ford Ranger, built to race, jump, and fly over obstacles with quickness.

The Ranger Raptor is very well made, ruggedly finished, and tough as a bank safe. But it also has proper street manners, a passable interior, and plenty of style. In addition, it is an absolute experience with its very special demeanor on the tough stuff. For many, the Ranger Raptor might offer a completely strange, new kind of driving pleasure – but believe me, it offers more than that.

The biggest problem with this car is the choice of engine. The expectation of a Raptor is simply that it will cause panic on your face at all times. Unfortunately, the four-cylinder diesel doesn't do that. An engine with more punch and more charisma might have transformed the Ranger Raptor from a really good, fun vehicle, to a truly excellent one. Not necessarily the 450-hp V6 from the big brother, either. But there is a wonderful 2.3-liter engine with 290 (Mustang) to 350 hp (Focus RS) on the corporate shelf.