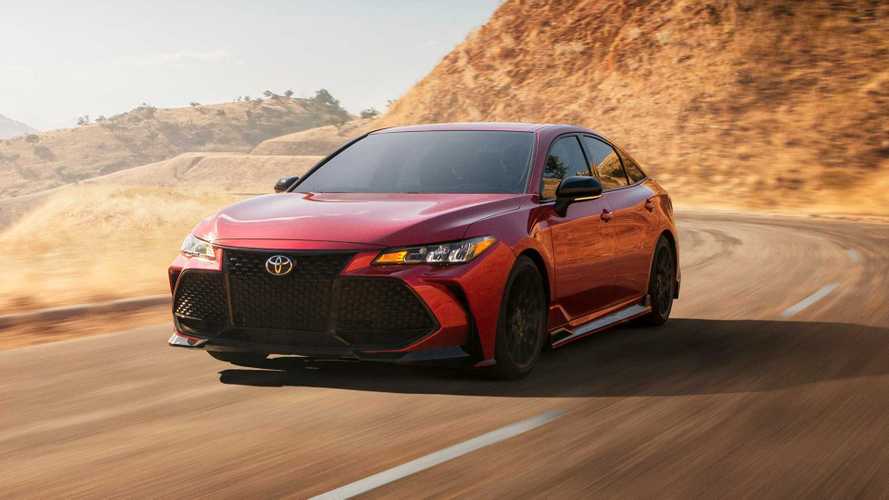 The sporty variant sits in between the Limited and Touring trims.

A sporty Toyota sedan, specifically the Camry midsize and Avalon full-size sedans, wasn't an idea that Toyota would even ensue a few years back. But alas, the inevitable happened in 2018, and we were blessed with TRD versions of both nameplates at the Los Angeles Auto Show. Pricing was yet to be revealed at that time, with the fall of 2019 as the projected time to hit the showrooms.

Fast forward to today, we now have the pricing of the Avalon TRD. In a report by Cars Direct, Toyota order guides show that the Avalon will have a starting price of $43,255, with an MSRP of $42,300 and destination charge of $955.

This price tag puts the Avalon TRD trim right in the middle of the Limited (at $43,055) and Touring (at $43,455) trims. Interestingly, another Avalon with aggressive styling is being sold alongside the TRD variant. The XSE, which is priced at $39,255, offers similar sporty cues but at a lower price tag.

Nevertheless, the Avalon TRD has more up its sleeves aside from matte black kits and other aesthetic advantages. It got more than a half-inch drop and tuned shocks for better handling, while additional unibody bracing is added to increase rigidity. The larger 12.9-inch front brake rotors are also fitted with new dual-piston calipers. Lastly, a new cat-back exhaust system is found at the back for added aural grunt.

Someone Played With The Avalon TRD And Our Thoughts On The Range-Topper:

On the other hand, the similarly-equipped Camry TRD is yet to receive a price tag. Cars Direct predicts it to be above $35,000 based on the Camry XSE's pricing.

The Avalon TRD and Camry TRD will hit the showrooms by the end of next month.