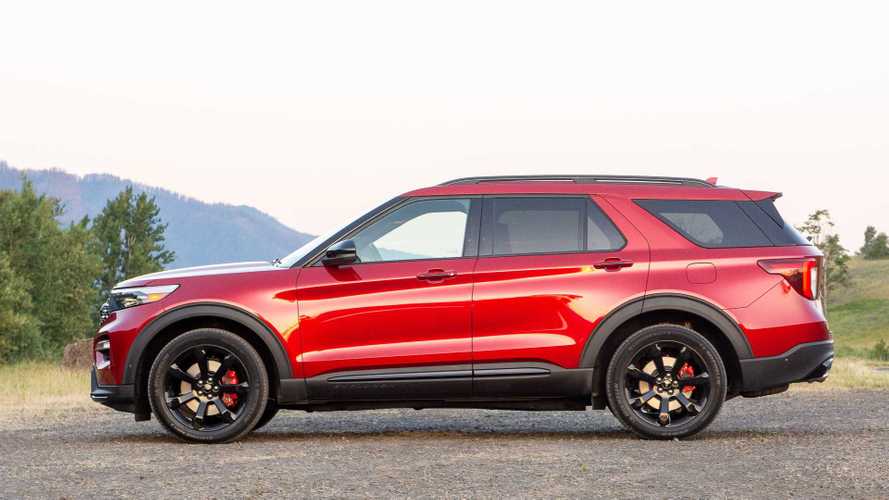 Vehicles are still safe to drive.

The new Ford Explorer, together with the Lincoln Aviator, may have all kinds of high-tech features, including self-healing Michelin tires, a road-scanning suspension, and a smart “mixed materials” architecture, but some examples may be missing a key part that prevents the car from moving while parked. More precisely, Ford announced the two SUVs may be missing the manual park release cover, which increases the risk of a crash. The Blue Oval company issued a safety note earlier this week but explained the vehicles are safe to drive and the majority of affected SUVs are still in dealer inventory with a planned fix before delivery.

"Federal Motor Vehicle Safety Standards require the manual park release cover be in place and only removable with a tool,” Ford said in its news release. “If the cover is not installed, the manual park release lever may be inadvertently activated, which could result in unintended vehicle movement if the electronic park brake is not applied."

The affected vehicles were produced at Ford’s Chicago Assembly Plant, in which the automaker invested $1 billion to boost production of the two SUVs, and include Explorers assembled between March 27 and July 24, and Aviators assembled between April 10 and July 24. Ford said it is aware of just one report of an accident and it occurred during vehicle transport within the production process. A total of 13,896 vehicles in the United States and 239 in Canada are affected and the majority of them are not delivered to customers yet.

Interestingly, the instrument cluster of the affected vehicles may be in factory mode, which basically disables all warning alerts and chimes. Also, it doesn’t display the gear positions and which gear is selected, and these are both federal safety regulations requirements. Prior to delivery to customers, Ford will inspect the vehicles for the manual park release covers and will also verify the instrument cluster is out of factory mode.