The current Ford Explorer is a hot-selling number, thanks to its legendary nameplate and lineup of turbocharged engines. After a brief foray as a front-drive–based crossover that shared more with a Taurus than a truck, Ford made all right again with the sixth-gen Explorer, returning it to its rear-drive SUV roots – though still with unibody construction.

As such, it’s still not quite as rugged as the body-on-frame first- through fourth-generation SUVs that made the Explorer a household name. And although most family SUVs spend most of their time on pavement, the Blue Oval isn’t about to concede showroom sales to the Toyota 4Runner, Jeep Grand Cherokee, or upstart Subaru Outback Wilderness – enter the 2021 Ford Explorer Timberline.

The Timberline, which is a dedicated trim level and not merely a package, brings plenty of off-road hardware and technology to the table, as well as handsome styling and some well-appreciated luxury bits. The changes start under the skin, where heavy-duty Police Interceptor Utility shocks reside. Retuned for off-road duty, the four-wheel independent suspension is also lifted 0.8-inch for a total ground clearance of 8.7 inches – less than the Subaru Outback Wilderness and Toyota 4Runner but more than the Subaru Ascent and Jeep Grand Cherokee.

The lift also creates space for 265/65R18 Bridgestone Dueler A/T tires, mounted on Timberline-specific wheels.The rugged Ford sport-ute gets standard intelligent four-wheel drive that shifts torque between wheels proactively, depending on speed and conditions. The Explorer Timberline expands upon that capability with a standard Torsen limited-slip rear differential, helping keep both rear wheels moving even if one loses traction. That should be helpful in slippery, snowy conditions, as well as on the trail, for example when one rear wheel is completely off the ground.

Augmenting the Explorer Timberline’s added suite of off-road features is a revised appearance for the trim level. It launches in a new Forged Green Metallic color, with blackout treatments for the headlight and taillight surrounds as well as black Ford logos. The unique Carbonized Gray grille is pre-wired for dealer-installed Ford Performance auxiliary lights, a must for nighttime off-roading with 169,000 lumens of output.

Red Ember accents show up on the front bumper and tow hooks, and the Timberline logo appears on the C-pillar, tailgate, and gloss black 18-inch wheels. The rear bumper’s black plastic cladding now reaches up to the cargo area, making for a more rugged loadspace when pushing heavy objects into the back. And extensive underbody skid plates – engine, transmission, and differential – prevent accidental damage when pushing the limits on a trail.

Inside, Explorer Timberline wears Deep Cypress upholstery, with cloth inserts in the ActiveX vinyl seats for wipe-it-clean usability while preventing sliding around over bumps. Deep Tangerine contrast stitching appears on the steering wheel, door panels, and seats, recalling those Red Ember bits on the exterior, and the dashboard gets a unique “stone mesh” applique that almost looks like forged carbon. Standard heated front seats, a heated steering wheel, and rubber floor liners will be music to the ears of anyone who enjoys playing in the snow and mud. 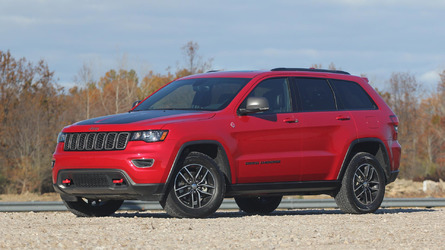 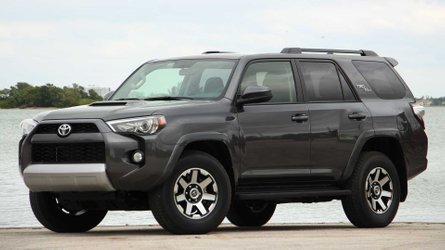 Like other Explorers (save the hot-and-heavy ST and luxury-trim Platinum), the Timberline gets a turbocharged 2.3-liter inline-four as its sole engine option, mated to a 10-speed automatic transmission. With a standard Class III towing package and 300 horsepower and 310 pound-feet (223 kilowatts and 420 newton-meters), the Explorer Timberline has a maximum towing capacity of 5,300 pounds. That’s a bit more than the Subaru Ascent and Toyota 4Runner (5,000 pounds each), but much less than a properly equipped Jeep Grand Cherokee (7,200 pounds). Still, it should be enough for most families’ boats and camping trailers.

The company says it’s the seventh new rugged vehicle in the Ford lineup since 2019, following the Bronco and Bronco Sport; F-150 Raptor; and Tremor versions of the Ranger, F-150, and F-Series Super Duty. But with unibody construction and a single-speed four-wheel-drive transfer case, the Explorer Timberline skews more toward the Bronco Sport than the F-150 Raptor and Bronco in terms of absolute off-road readiness. That said, if it can deliver as much fun on the trail as its compact SUV sibling, it should be a sales success. Order books for the Ford Explorer Timberline open today, with first deliveries happening this summer.