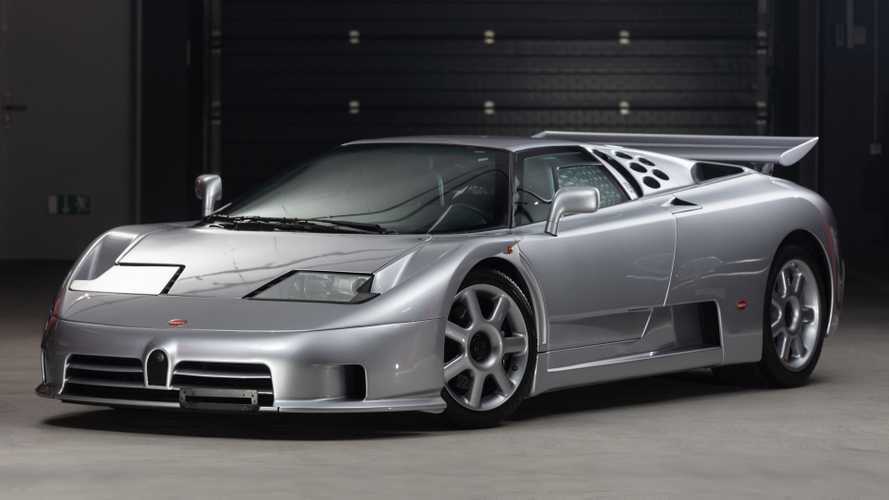 The new model could have more power and weigh less if it follows the original EB110 SS.

Girado & Co specializes in selling some of the most expensive collector cars in the world, and a rumor on the company's Instagram page alleges that Bugatti is preparing to debut a spiritual successor to the EB110 SS at The Quail gathering during Monterey Car Week. The brand reportedly plans to produce just 10 of these vehicles at a lofty price of 8 million euros each ($8,921,600 at current exchange rates).

A rumor from June 2019 suggested that Bugatti was already showing a mystery vehicle to potential buyers and intended to give the machine a public unveiling during Monterey Car Week. At the time, there were no details about what made this car so special, though.

Lending further credence to this rumor, Bugatti appears to be teasing something big on its Instagram page. Starting July 1, the company has been posting about various milestones in the automaker's mystery. Two strips of stitching look like a road and continue moving forward with each post. The Quail, a Motorsports Gathering, takes place on Friday, August 16, which suggests the possible endpoint for Bugatti's teaser campaign.

The original EB 110 SS was a more powerful, 604-horsepower (450-kilowatt) version of the already potent EB 110 with 551 hp (411 kW). The SS was also lighter due to the use of some carbon-kevlar body panels instead of the standard aluminum components.

If Bugatti really intends on reviving this idea, then we would expect the limited-run model to use the Chiron's platform as a starting point. From there, the company might turn up the boost on the quad-turbo engine to increase the output. While the Chiron Sport already makes extensive use of carbon fiber, there's potentially still room to simplify a few things for shedding additional weight.