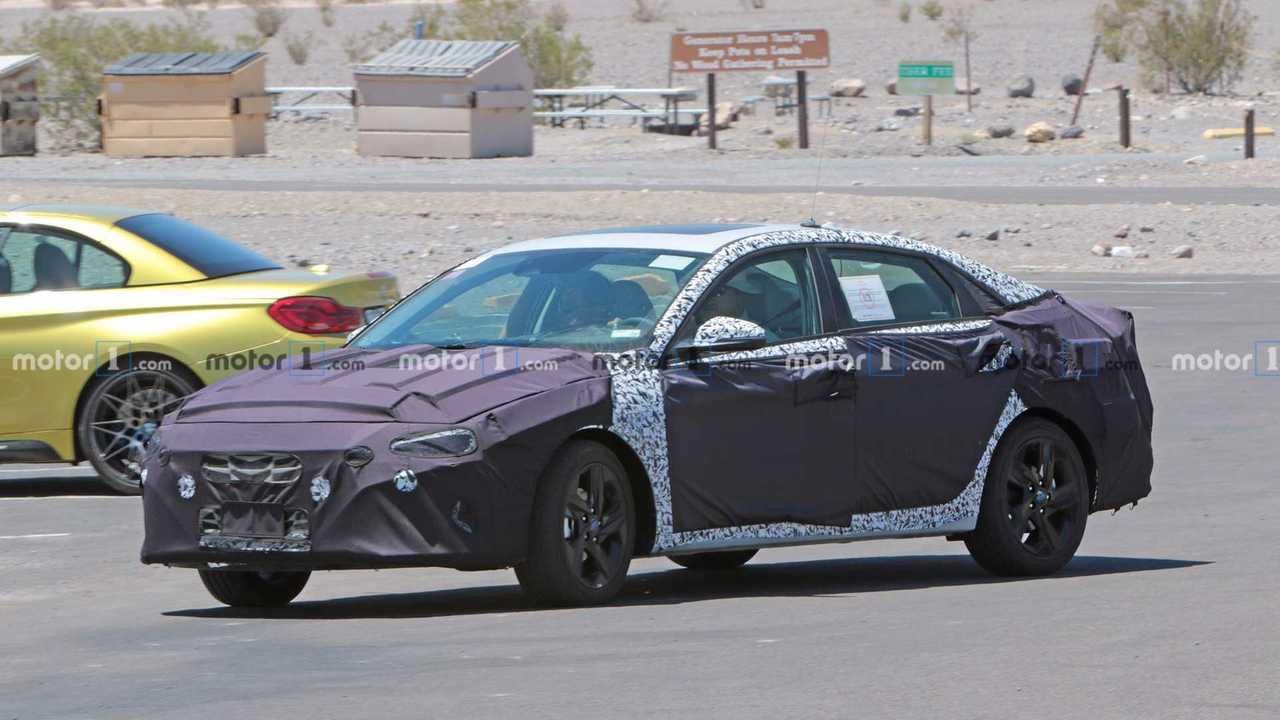 It could debut as soon as this year at the L.A. Auto Show.

One of Hyundai’s biggest reveals in the last year is the Palisade, the company’s massive SUV. The excitement apparently drowned out the news Hyundai refreshed the Elantra for the 2019 model year because the South Korean automaker is going all-in on a complete redesign. Spy photos show for the first time the next-generation Hyundai Elantra out testing.

While this is our first look at the new Elantra, we can make some predictions about what customers should expect when the new car debuts. The next-gen Elantra will likely borrow design cues from the 2020 Hyundai Sonata that debuted earlier this year, which should assuage complaints the current Elantra is a bit boring in the design department.

Under the hood, customers shouldn’t expect a huge departure from the current car. A naturally aspirated four-cylinder engine will continue; however, it may be one from the company’s new SmartStream family of engines. It’ll likely pair with the CVT and six-speed manual offered in the current car. A fuel-sipping Eco model with a turbo is also expected. However, we don’t know if the Sport trim will continue. Then again, Hyundai could replace it with an N Line model as it’s done recently with other Hyundai models. An EV version is also rumored.

While the new Elantra will likely borrow from the new Sonata’s exterior styling, don’t expect such a takeover inside. However, we have yet to see the interior. Hyundai will likely update it accordingly to keep it feeling fresh in the face of stiff competition.

It’s unclear when the new Hyundai Elantra will debut. Rumors suggest it could debut as a 2022 model; however, that could get moved forward for a 2021 model year release with an unveiling happening as soon as the Los Angeles Auto Show later this year. Whenever it debuts, the Elantra GT hatchback will be on a different refresh cycle. A new version of the hatch won’t debut until the Hyundai i30 is redesigned in 2022.