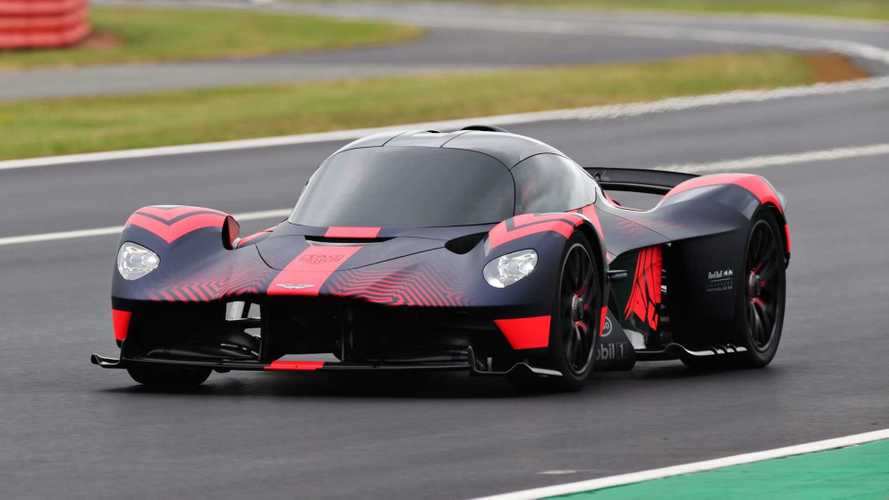 The British hypercar wears its F1 livery for its inaugural public run.

The Aston Martin Valkyrie is probably one of the most anticipated hypercars today. It was two years ago when Aston Martin decided to reveal a show car to the public. The hypercar was in its near-production form, but that wasn’t the one that piqued the interest of automotive enthusiasts and journalists alike. The Valkyrie was touted as the fastest street-legal car in the world.

This conviction has become more concrete when the British automaker revealed the engine that resides at the rear – a glorious naturally-aspirated Cosworth V12 that produces 1,000 horsepower (746 kiloWatts) and could rev up to 11,100 RPM – staying true to the street-legal F1 promise.

Even better, with the assistance of hybrid motors, the Valkyrie makes a total of 1,160 horsepower (865 kilowatts) and 664 pound-feet (900 Newton-meters) of torque.

While some might be skeptical of the Valkyrie's performance, Aston Martin puts an end to the doubts by doing a public demonstration of the Valkyrie at the Silverstone Circuit in the United Kingdom. This is the first public appearance of the Valkyrie in its production form – and boy, how we wish there's a video of the run to satisfy our cravings.

As the Valkyrie is a collaborative effort between Aston Martin and Red Bull Racing, the hypercar wears its F1 livery – black with red accents. It looks devilish and sinister, and again, we really wish there's a video so we could digitally witness how the color theme matches the screaming V12.

Now That It's Out There, It's Only A Matter Of Time Before Another Public Appearance Ensues:

Chris Goodwin was at the helm of the Valkyrie for this run, and he seems pleased about its outcome, saying that the drive with the hypercar was "exceptionally special."

As it stands, Aston Martin is still keeping its promise to produce only 150 units of the Valkyrie at a price of £2.6 million each. Now, even if you have the money to buy one, it's a bit too late since all the build slots have been sold as of date.