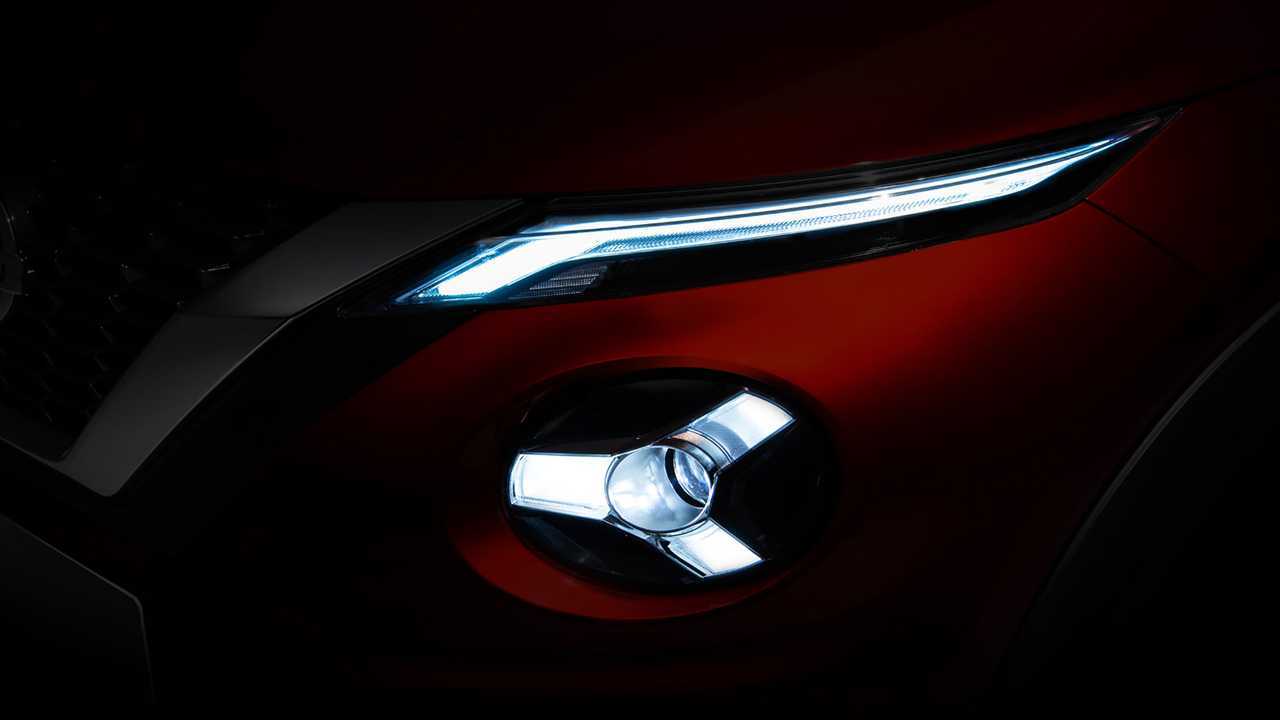 It looks just as funky as before.

In 2017, Nissan unveiled the Kicks, its replacement for the funky Nissan Juke that roamed American roads that disappeared after the 2017 model year. However, the Juke continued to live on in other parts of the world, and now Nissan is ready to debut the second-generation Juke on September 3.

To preview the new Juke’s launch, Nissan dropped a teaser image of the front lights. We can see the new Juke will retain the current crossover’s funky lighting arrangement with thin-slit headlights up top and round lights in the center of the front fascia. It looks like a clear evolution of the Juke’s design that should please fans.

While we’ve spotted heavily camouflaged prototypes testing for several months, we do know quite a bit about the compact crossover. It will ride on the CMF-B platform developed by Nissan and Renault through their partnership. It’s the same platform that underpins the new Renault Clio and Captur. Knowing the platform makes it easy to postulate the possible powertrains. Expect the 1.0- and 1.3-liter gasoline engines, the 1.5-liter dCi diesel, and maybe the 1.6-liter turbo gas unit with up to 200 horsepower (149 kilowatts). Rumors of a plug-in hybrid continue to swirl.

Spy photos of the compact crossover show a raked windshield, sloped roof, and squished rear hatch. Unlike the Nissan Kicks, which wears a more conventional crossover design, the next-generation Juke looks to retain the current car’s eccentric and confident styling. The move to the new platform will give the Juke more space inside as the crossover is expected to grow in size thanks to the lender wheelbase. Pair that with better overall packaging, even with a funky exterior design, and cargo capacity should also increase.

The next-generation Nissan Juke will debut September 3 and will go on sale in early 2020.