Mitsubishi and Nissan will be working much closer together in North America.

Mitsubishi Motors North America will move its headquarters from Cypress, California, to Franklin, Tennessee. The transition for nearly 200 corporate employees will begin in August and will be done by 2019. This is the same town where corporate partner Nissan has its main American offices.

The automaker sees this as part of its "company-wide reinvention," according to the move's announcement. By being closer together, Mitsubishi and Nissan intend to increase shared vehicle development, parts sharing, and cost efficiencies.

The Latest Mitsubishi News In America: 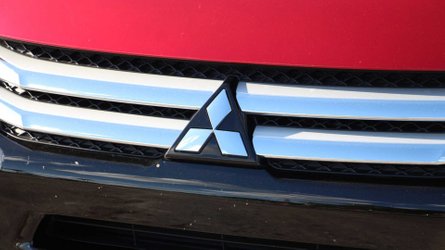 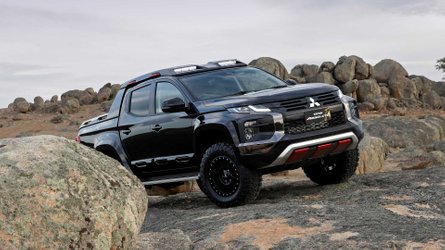 Mitsubishi will initially operate out of a temporary office in Franklin. The company is already looking for a permanent spot for its people to work from.

"As we drive toward the future, this is the perfect time for us to move to a new home. While we say farewell to the Golden State with a heavy heart, we’re excited to say hello to Music City," Fred Diaz, Mitsubishi Motors North America president and chief executive officer, said.

This move appears to underscore Mitsubishi's plan to remain in the American market because otherwise paying to move operations across the country wouldn't make much financial sense. The company's current financial mantra is "small but beautiful" as the name of an effort to prioritize tiny, yet steady profit growth.

Future Mitsubishi models in North America could include the return of a pickup to the lineup. The company may lean on its partnership with Nissan to make the truck's development less expensive. The vehicle might even share underpinnings with the next-gen Frontier, according to rumors.

Mitsubishi Motors and Nissan grow in the U.S. –

CYPRESS, Calif., June 25, 2019 – Mitsubishi Motors North America, Inc. (MMNA), the fastest-growing Asian brand in the U.S. for the second consecutive year*, will relocate its headquarters from Cypress, California, to Franklin, Tennessee, a suburb of Nashville.  The move is part of an ongoing plan to reinvent every aspect of Mitsubishi Motors in the U.S., from corporate leadership to dealer partners to every touchpoint in a customer’s relationship with their vehicle, and will sharpen the company’s focus on future growth and innovation.

Since 1988, MMNA has been rooted in California — now Cypress, and Fountain Valley prior to that.  This move will begin in August, and be completed by the end of 2019.

MMNA’s move highlights efforts taken across the entire global landscape of the Renault-Nissan-Mitsubishi Alliance to bring the companies closer together in key areas including procurement, development and cost efficiencies.  The company chose Franklin as its new home because it allows MMNA to focus its efforts on company-wide reinvention and take advantage of the area’s vibrant technology skillset, all while realizing cost savings through the business-friendly work environment and proximity to sister company, Nissan.

While MMNA has seen an ongoing strengthening of the business for multiple years – six straight years of annual sales gains, the last two years now over 100,000 sales, and retaining its “fastest-growing Asian brand” title for the second year – it is the past 12 months that have seen the greatest changes across MMNA.  Some include:

- 80 percent of the leadership team is new to the company or newly promoted to the role, bringing new experiences, backgrounds and a diversity of thought to the team

- 34 new dealer partners have been appointed across the country,

- The company was the most-improved brand in the entire J.D. Power and Associates’ 2018 Customer Satisfaction Index

“Mitsubishi Motors is changing the way we go to market in the United States, and it is leading to a rebirth of the company,” said Fred Diaz, MMNA’s president and chief executive officer.  “This is an exciting time for us, with a refreshed leadership team, new-look dealerships and redesigned and all-new vehicles.  As we drive toward the future, this is the perfect time for us to move to a new home.  While we say farewell to the Golden State with a heavy heart, we’re excited to say hello to Music City.”

There are nearly 200 people working in MMNA’s Cypress office.  All corporate departments will be relocating, including sales, marketing, IT, human resources, communications, parts and service, product planning, dealer operations, finance and legal.

MMNA’s west coast parts distribution center (PDC), currently located on the existing headquarters campus, also will be relocating.  MMNA is working with Nissan North America to establish its PDC in a newly constructed shared facility in Riverside, California — further proof of the streamlining and cost savings the Alliance partnership brings to Mitsubishi’s business.

No other Mitsubishi Motors facilities in the U.S. are affected, including Mitsubishi Research and Development North America (MRDA)’s R&D operations in Ann Arbor, Michigan and MRDA government relations operations in Washington, D.C.

“The reputation of Tennessee’s business climate and skilled workforce has attracted countless world-class businesses to our state. Over the years, Tennessee has become the epicenter of the Southeast’s thriving automotive sector, and I’m proud Mitsubishi Motors will call Franklin its U.S. home and bring 200 high-quality jobs to Middle Tennessee,” said Bill Lee, governor of the State of Tennessee.

Initially, MMNA will be transferring operations to a temporary office in Franklin.  Beyond that, MMNA officials are working with representatives from commercial real estate firm Jones Lang LaSalle, to identify the company’s permanent offices.

Currently located in Cypress, California – and soon to be relocating to Franklin, Tennessee – MMNA is a part of the Renault-Nissan-Mitsubishi Alliance, the largest automaker alliance in the world. Mitsubishi continues to lead the way in the development of highly efficient, affordably priced new gasoline-powered automobiles, while using its industry-leading knowledge in battery-electric vehicles to develop future EV and PHEV models.