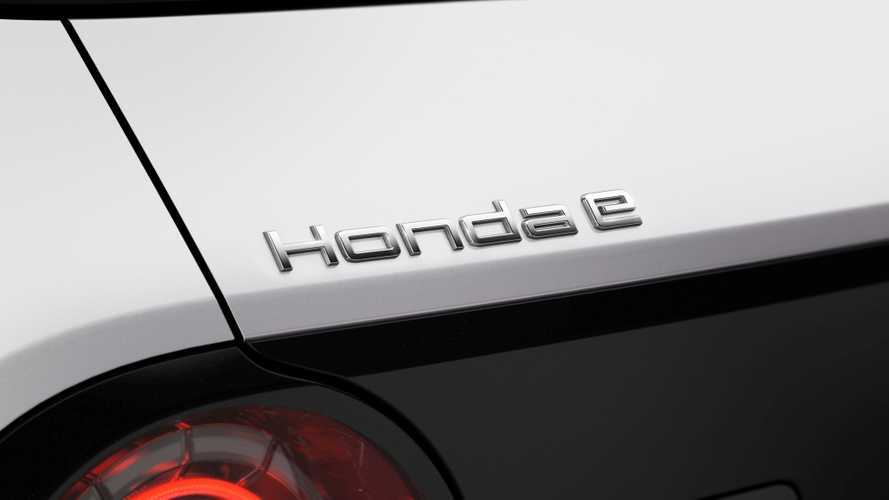 Nearly two years ago at the Frankfurt Motor Show, Honda took everyone by surprise with the unveiling of an adorable electric car tailored to the city. The Urban EV was an immediate sensation thanks to its retrolicious design, which was echoed about a month later by the equally promising Sports EV concept presented at the Tokyo Motor Show. Earlier this year, Honda unveiled an updated and closer-to-production prototype of the pint-sized EV at the Geneva Motor Show where the vehicle on display carried the “E Prototype” nameplate.

Fast forward to May 2019, the little electric car is dropping the “prototype” from its name and will be simply called the "Honda e" in production form. The Japanese marque has also released a new teaser of the road-going EV to highlight its name, but without revealing a full view of the zero-emissions hatchback. We can catch a glimpse of the rounded taillights and the partially black tailgate, which mimic the look of the showcar.

We’re not expecting any major surprises in terms of design as the refreshed prototype (pictured above) exhibited in Geneva earlier this year was 95-percent production-ready, according to Honda. One major change we’ll see on the final version will be the addition of rear doors, but the overall styling will closely resemble the 2019 concept.

Technical specs regarding the production model have not been disclosed, although we’ll remind you the e Prototype had a range of more than 124 miles (200 kilometers) and needed only 30 minutes for an 80-percent battery charge.

The Honda E won’t be an electric conversion of an existing model or platform as it will ride on an all-new architecture developed specifically for electric cars. The company has already hinted about developing a series of EVs based on the platform, with the e Prototype’s project manager Kohei Hitomi saying he’d like to see a sporty car using the new underpinnings. It could mean the aforementioned Sports EV concept will see the light of production day, eventually.

In related news, Honda has announced the next-generation Jazz (Fit) is being developed to accommodate a hybrid powertrain derived from the electrified CR-V. The revamped supermini was spotted undergoing testing at the end of March and will be officially revealed in October during the Tokyo Motor Show.

Honda is progressing its 'Electric Vision' for Europe by confirming the name of its first fully electric urban vehicle – the ‘Honda e’ – and by announcing that the next-generation Jazz will be available with a hybrid powertrain featuring the brand's Intelligent Multi-Mode Drive (i-MMD) technology.

Honda’s Electric Vision, renewed and emboldened at the 2019 Geneva Motor Show, is for 100% of the brand’s European sales to feature electrified powertrains by 2025. The Honda e, presented as a production prototype in Geneva, is Honda's first model to benefit from a dedicated EV platform and takes a bold step with its design and technology. The compact electric car offers trademark Honda driving dynamics, aided by the sporty rear-wheel drive format and advanced electric powertrain.

The Honda e has already received over 22,000 expressions of interest across Europe, and customers can visit their national Honda website for more information.

The i-MMD hybrid system that will be available with the next generation of the popular Jazz hatchback has already won widespread acclaim across Europe for delivering high-levels of real-world efficiency and refinement in the new CR-V Hybrid. Ahead of its 2025 electrification goal, Honda will expand the application of its i-MMD dual-motor hybrid system, with the introduction into smaller segment cars an important first step.

The next-generation Jazz will make its international premiere at the Tokyo Motor Show later this year.