The chief engineer loves the way the engine sounds.

Consumers can't even buy the new Toyota Supra yet, and it's already a polarizing vehicle among enthusiasts who seem dubious about whether the coupe's close relationship with the new BMW Z4 somehow compromises the machine. However, Supra chief engineer Tetsuya Tada said the model couldn't exist for a price below $100,000 without the BMW partnership.

"To make the car so expensive would defeat the purpose of a Toyota sports car," Tada told Jalopnik. "That’s why it doesn’t use exotic materials like carbon fiber."

Toyota had input from the earliest stages about the Supra and Z4's shared platform, and then they split up to design the vehicles. Toyota's engineers were also able to tweak the suspension and steering setups for their own machine.

"It wasn’t a matter of lowering costs," Tada told Jalopnik about the level of shared input. "The Supra had to have an inline-six. BMW had a good inline-six."

Latest News On The Supra: 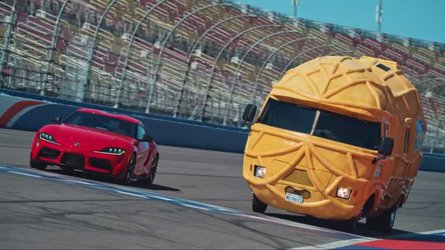 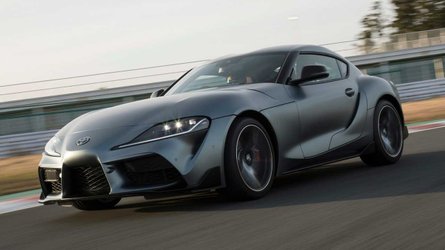 Developing a new inline-six mill isn't a financially feasible option because Toyota is earmarking investments toward future electrification. The time for engineering the engine also would have delayed the Supra even longer.

Tada cites the engine noise as one of his favorite aspects about the new Supra. "Not just when you’re on the throttle, but when you’re off," he told Jalopnik.

The public finally gets to experience the Supra when it goes on sale this summer. Prices start at $50,920 (after the $930 destination fee) for the base trim, and the Premium grade goes for $53,990. The options list at launch is fairly small, including a $1,195 Driver Assis Package for both versions and a $2,460 navigation and JBL Audio bundle for the base model. By the end of the first model year, buyers would have eight choices for the exterior color: Absolute Zero White, Nocturnal Black, Renaissance Red, Tungsten Silver, Turbulence Gray, and Downshift Blue, in addition to Phantom Matte Gray or Nitro Yellow for a still-undisclosed additional fee.