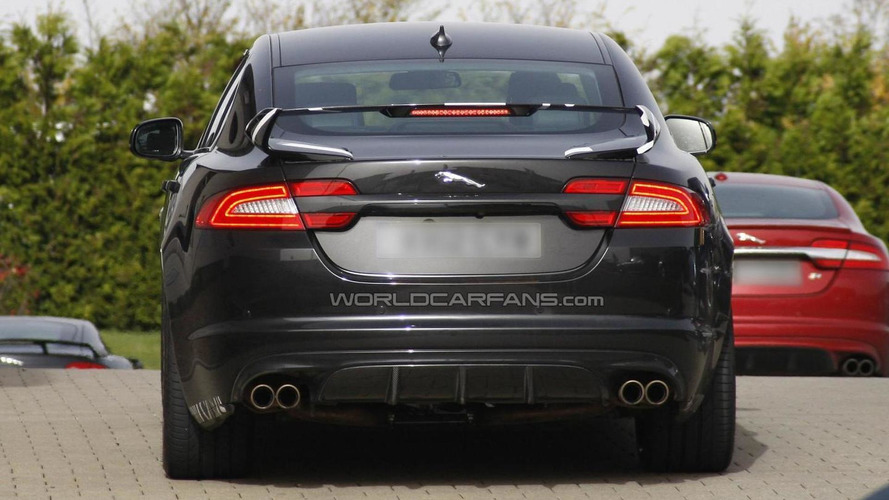 A prototype of the upcoming Jaguar XFR-S has been spied near the Nürburgring featuring a new rear wing. Will be unveiled next month in L.A.

This is the second time we are seeing the upcoming Jaguar XFR-S at the Nürburgring, but now it has a new large wing at the back. The prototype was wearing minimal camouflage so it’s easy to see the more aggressive front bumper, those LED-infused headlights and the ventilated hood. Expect to see more masculine side skirts and front fender vents.

According a previous report, the 2013 Jaguar XFR-S will be unveiled at the end of next month during the Los Angeles Auto Show.