1955 Aston Martin DB3S up for auction 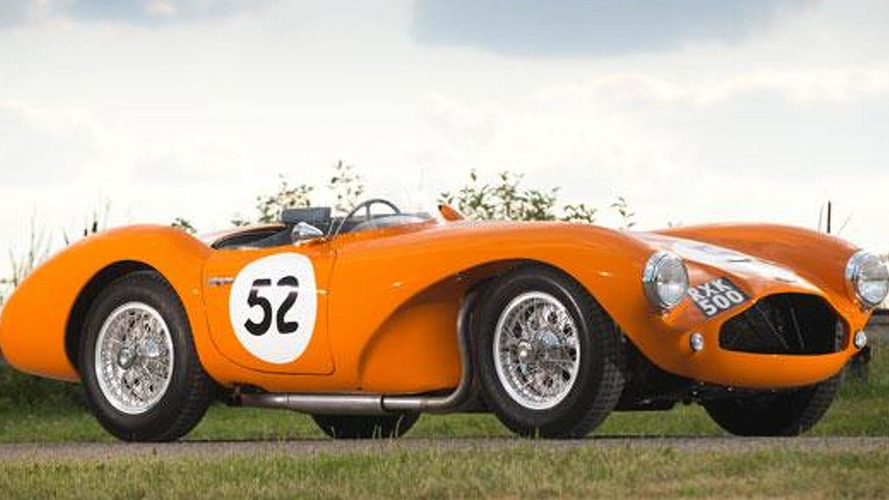 A 1955 Aston Martin DB3S will be auctioned on August 18 by RM Auctions when it is expected to fetch up to $4M.

Back in 1952, the British automaker Aston Martin introduced the DB3 with the sole purpose of winning at Le Mans. However, that car was too heavy and fragile so AM decided one year later to come up with the DB3S. Within two years that car managed to win various races such as the Goodwood Nine Hours and at Silverstone, along with finishing in second place overall at the 1955 edition of Le Mans. This performance was achieved again one year later.

Due to its racing success, several private customers wanted a DB3S of their own so Aston Martin starting producing a limited edition in 1955. The one you see in these photos was created for Dutch racer Hans Davids. Wearing a "Dutch Racing Orange" paint finish, this DB3S participated in the 1956 season, managing to finish on the third place in the first race and taking the win in the last race.

Later on that car was sold to an American while in 1992 it was bought by the current owner. It was sprayed in white & blue stripes but in the meantime it has received its original orange hue. Aston Martin built just 20 DB3S units, and this one which is wearing the chassis 118 is considered to be one of the most original units remaining.

RM Auctions estimates that this 1955 Aston Martin DB3S will fetch anywhere between $3.5M and $4M on August 18 when the car will be auctioned.

Check out the link for more details about the car.