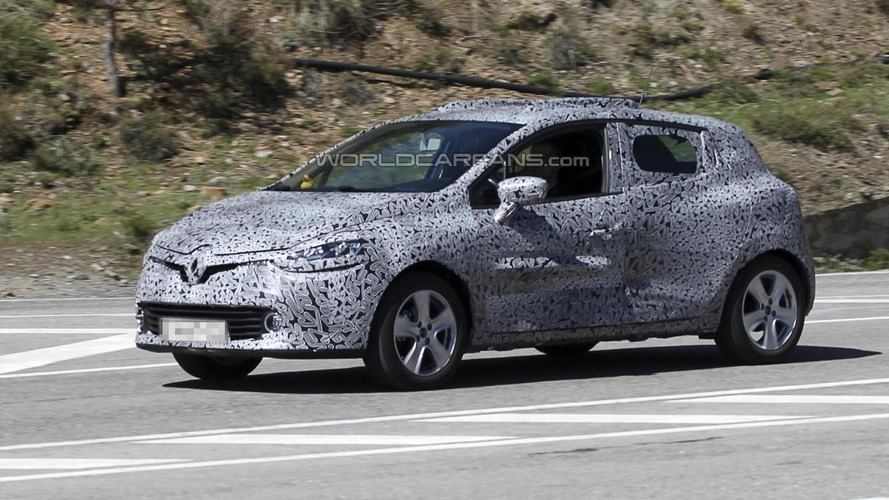 The model is scheduled to be unveiled at the Paris Motor Show this year which gives engineers just under four months to complete development.

WCF spy photographers have caught a prototype for the upcoming Renault Clio once again as it was out testing on the open road. The model is scheduled to be unveiled at the Paris Motor Show this year which gives engineers just under four months to start finishing development.

The prototype caught here wears a similar body and styling to the previous prototype that was seen in cold weather conditions earlier this year. However, one noticeable difference is the front and rear door panels that appear to have suffered a bit of hammering in the body shop. Both the left and right sides of the vehicle have the same style, meaning it is possible this strange style will remain when the production car is unveiled.

Under the hood, a range of petrol and diesel engine units are expected to be offered. The entry level unit is expected to be a new 1.2-liter TCE with around 112hp ( 83 kW / 113 PS ) while an unidentified turbocharged unit will be employed in the RenaultSport Clio.