New Beetle Ute Conversion Is Ready To Haul Your Heart 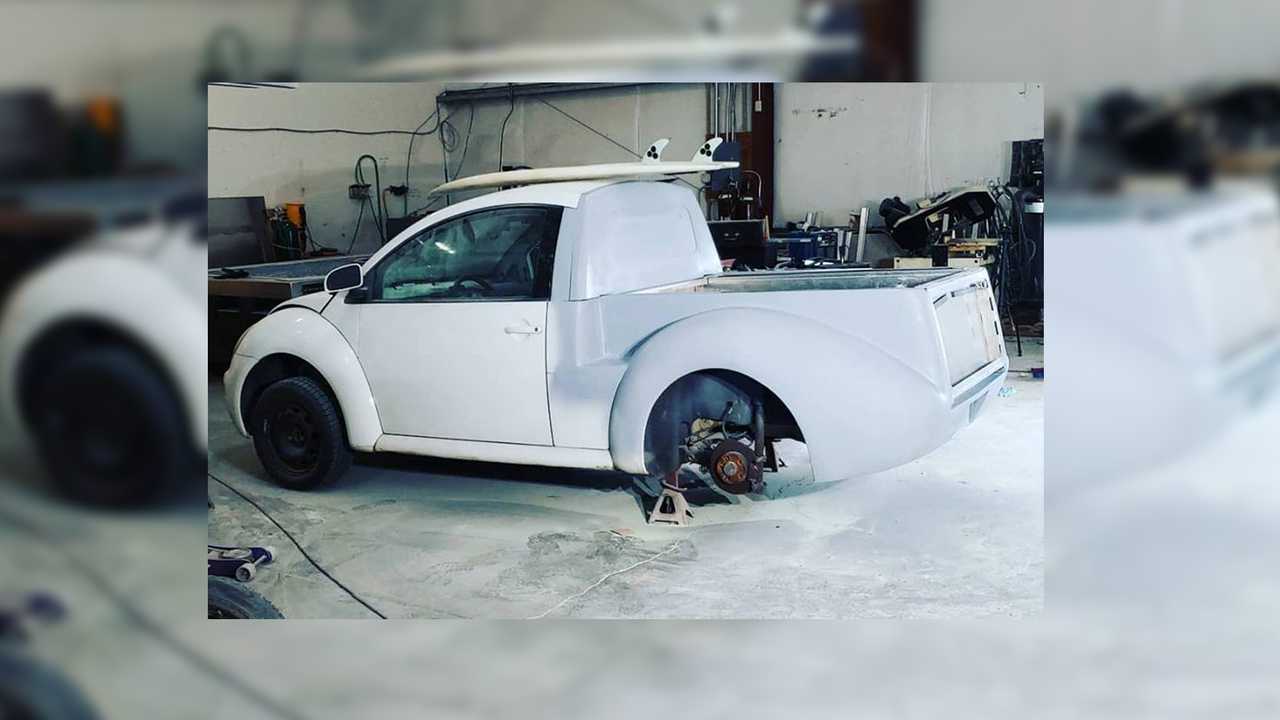 Utes were never particularly popular in the United States, even when the Ford Ranchero and Chevrolet El Camino were sold here. The role of a two-seater with a cargo bed was always filled by the full-size pickup truck, which ironically was pretty much exclusively American. Perhaps that’s why the car-based cargo hauler never took off, but that doesn’t mean there aren’t Ute enthusiasts hungry for something different. Enter Smyth Performance, which among a plethora of other cool Ute creations is close to having its pickup-infused Volkswagen Beetle ready for action. By that, we mean really close – as in just a couple weeks from now.

Specifically, the company’s website says the MkIV Beetle Stepside kit will launch in April, and Mark Smith at Smyth Performance confirmed that in a phone call with Motor1.com. The Beetle in the above photo is a prototype for the pickup conversion, and Smith tells us that 50 kits have already been ordered. It’s not a pricey upgrade either – the first 100 orders will sell for a special launch price of $2,750, and that includes all the parts necessary to build a Beetle pickup.

Of course, you still need a donor car, and if you’re not too sure about cutting up the car yourself, you’ll need a shop to help with the installation. But as Smith points out to us, part of the fun is building this car, not simply buying it.

If a Beetle with a pickup bed doesn’t tickle your fancy, Smyth Performance has conversion kits for a range of vehicles including the Subaru Impreza, VW Jetta and Golf, and even the B6-B7 Audi A4. Should you want a bit more performance in the mix, the company says the Audi kit works for the S4 as well, or if you need V8 power, there’s a conversion for the 2005-2010 Dodge Charger.

In a world where new American muscle cars are nearing six-figure prices and hypercars easily sell for over a million bucks, a two-seater VW Beetle Ute that could realistically be built for under $10,000 all total seems like a very inexpensive ticket to Cars & Coffee stardom. We can’t wait to see the finished project; we will plug in a follow-up when the initial build is complete to share the first Beetle pickup with the world.

We Need More Utes In Our Lives: