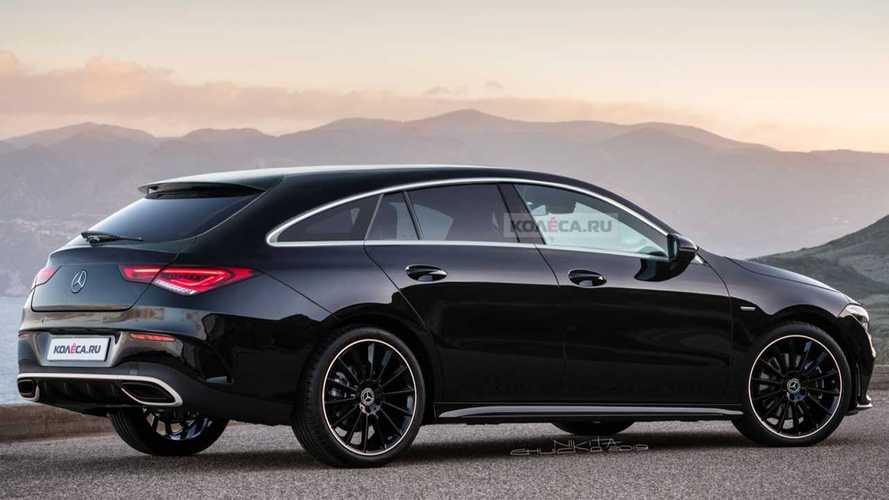 We could be only days away from the compact wagon's debut.

Look away, America. This isn’t a car you’ll be able to buy from Mercedes-Benz USA. With crossovers and SUVs taking the automotive world by storm, we’re just glad the three-pointed star has green-lighted a second generation of its swoopy wagon, even though it won’t be a truly global model. Our friends at Kolesa.ru have sent us their vision of the new CLA Shooting Brake ahead of a possible debut at the Geneva Motor Show early next month.

These might as well be official images since we strongly believe the real deal will closely resemble the speculative CLA Shooting Brake rendered using as foundation press images of the standard CLA. Their source of inspiration was the CLA 250 Orange Art AMG Line variant, but they’ve replaced the orange accents with white ones for a more traditional look.

Mercedes won’t have to worry about rivals since the CLA Shooting Brake will not have a direct competitor, at least not in the premium segment. A fully loaded Kia Proceed GT could serve as an enticing alternative for those who are not badge snobs and are in the market for a stylish wagon that won’t blow a hole in their wallets.

With Mercedes eager to AMG all the things, there’s a pretty good chance we’ll see a CLA 35 Shooting Brake sooner or later with a little over 300 horsepower. Needless to say, the cherry on top will be a new 45 variant with more than 400 horsepower in the CLA 45 S considering the A45 S has been indirectly confirmed with 416 hp.

Meanwhile, March 5 should be the day when the fancy Mercedes compact wagon will receive its public debut in Switzerland where it could share the spotlight with the new A45. The Daimler company hasn’t confirmed what it will bring to Geneva, so we’re not entirely sure these two will be at the Swiss show.