New Audi A1 Allroad Spied Getting Snowy With It [UPDATE] 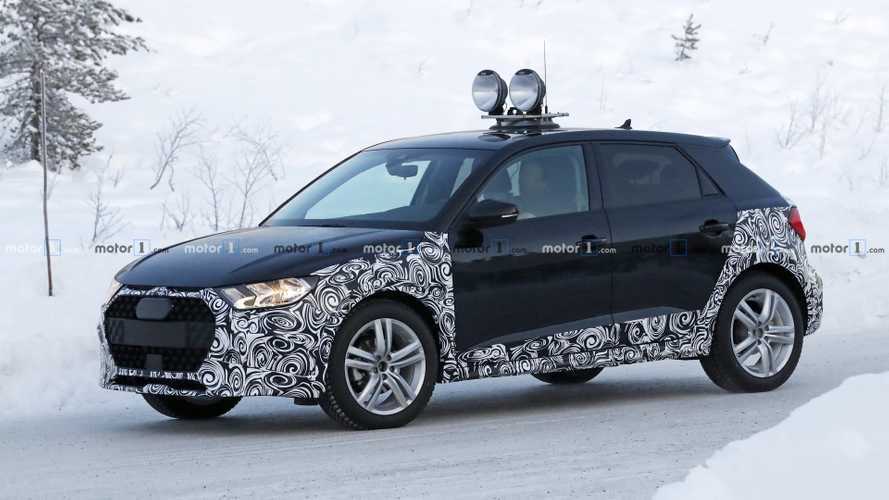 A little bit of ground clearance and some tweaked body panels set it apart from the standard A1 hatchback.

[UPDATE, February 6] 14 new images have been added at the beginning of the gallery, below.

The last time we saw the forthcoming Audi A1 Allroad it was in a decidedly warmer climate, turning laps at the Nürburgring. Testing has obviously moved north – way north – for cold-weather evaluation and low-traction performance on snowy roads. No doubt Audi is putting the Allroad’s Quattro all-wheel-drive system through its paces.

How do we know it’s an Allroad and not some other A1 variant? There’s a bit more ground clearance for starters, and the camo wrap down low on the car is there to help conceal wider side sills. Camouflage on the fenders also tells us this model will have a bit more flare to better accommodate wheel travel, though the changes are likely so small it would be tough to notice in a side-by-side comparison. The Allroad will wear slightly different front and rear fascias as compared to the standard A1 as well. The roof-mounted spotlights are obviously for testing purposes only, but it sure would be cool to have them as a factory option.

We aren’t expecting any changes inside from the current A1, which Audi revealed last year at the Paris Motor Show. The new interior layout is pleasantly attractive with angular lines and a nicely integrated touchscreen for the infotainment system. Some Allroad badging or unique trim options might serve to set it apart from the base model hatchback, but that’s about it. Similarly, power should come from the existing A1 option bin, though being a beefier Allroad the range-topping 200-horsepower (147-kilowatt) turbo four could be the only choice.

The A1 In Detail:

As of now, Audi intends to keep the A1 out of the North American market. A European debut is expected later this year with a starting price of around €30,000, which would be approximately $34,200 in U.S. greenbacks.