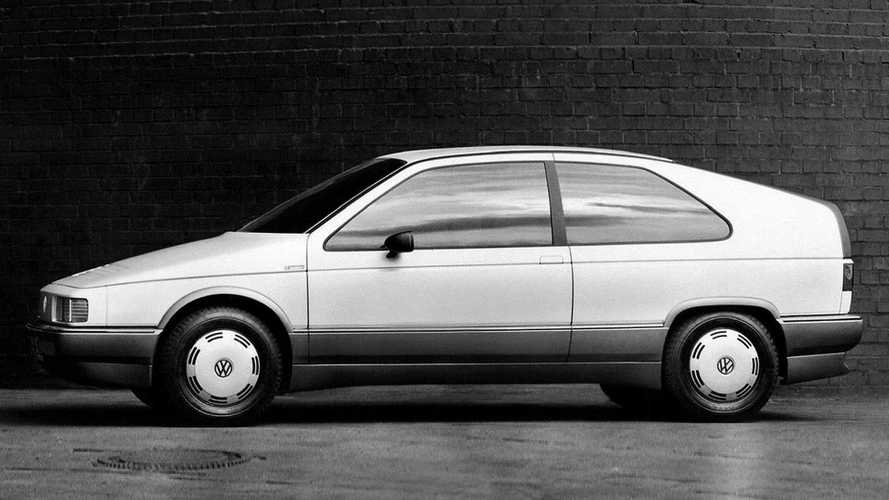 Passat B3 looks in an extremely light Golf-based package.

With VW introducing the 2020 Passat in the U.S. and preparing to facelift the Passat in Europe where it will soon launch the Golf VIII, we figured this forgotten concept linked to both nameplates would be worthy of your attention.

The face may say Passat B3, but the midsize sedan from Emden, Germany came out almost seven years after the Auto 2000. Previewing the exterior design of what was to become the third-generation Passat, this interesting concept was actually closely related to the original Golf, as evidenced by the steering wheel borrowed from the GTI. Since we’re on the subject of styling, the side profile makes us think of a Honda CR-X, while the digital instrument cluster must’ve been very cool some 38 years ago.

To be eligible, the research vehicles had to be spacious enough to accommodate four people, carry 400 kg (882 pounds) of luggage, have roughly the size of production cars that were available in the early 1980s, and offer similar performance. To entice automakers to participate, the Federal Ministry of Research and Technology backed the project with 110 million Deutschmarks.

VW built several prototypes, with the first one featuring a three-cylinder turbodiesel engine producing 53 hp and enabling the concept to reach 62 mph (100 kph) in an agonizingly slow 18.2 seconds en route to 100 mph (161 kph). The engineers then worked on a supercharged version with slightly more power (60 hp), which reduced the sprint time to 15.8 seconds and increased top speed to 115 mph (186 kph).

Both diesel engines had a primitive start/stop system that automatically turned off the engine if it idled for more than two seconds and turned it back on once the driver moved the gear lever. The two diesels were linked to a five-speed manual transmission. In addition, there was also a supercharged 1.0-liter four-cylinder gasoline engine with 75 hp and hooked up to a four-speed automatic gearbox.

Of the three proposals, the turbodiesel proved to be the most efficient, consuming only 4.2 liters / 100 km (56 mpg) to enable a massive driving range of 870 miles (1,400 km). The supercharged variant was not far behind, at 4.6 liters / 100 km (51.1 mpg), while the gasoline variant needed 7.9 liters / 100 km (29.7 mpg). These impressive numbers were achieved not just by engineering thrifty engines, but also by designing an aerodynamic body with a drag coefficient of only 0.25. The small 13-inch wheels with full hubcaps were also designed with aero efficiency in mind. Roughly the same size as a Scirocco II, the car only weighed 780 kilograms (1,719 pounds), which makes today’s pint-sized up! city car seem fat all of the sudden since it weighs more than 900 kg (1,984 lbs).

Attached below is a video (in German) focusing on the Auto 2000 cars.