That caliper takes 45 hours to produce.

Earlier this month, Volkswagen opened a new toolmaking center at its main production facility in Wolfsburg. The unit will use “the most highly advanced generation of 3D printers” developed in cooperation with HP to eventually build 3D-printed parts for mass production. Bugatti, one of the brands in VAG’s portfolio, is already experienced in designing 3D-printed components and the company is now advancing to the testing stage as it prepares its first printed parts for mass production.

In a new video, the French supercar maker is showing the test procedures of the 3D-printed brake calipers for the Chiron hypercar that should replace the conventionally build calipers. The engineers put a single caliper with a disc and brake pads on a stand that simulates speeds of up to approximately 249 miles per hour (400 kilometers per hour). As you can imagine, braking from that mark to almost a complete standstill is a real challenge for the caliper. At highest load, the disc and caliper reach temperatures of almost 1,832 degrees Fahrenheit (1,000 degrees Celsius.) And yes, the disc is actually burning.

3D-printing in the automotive industry:

The caliper you see in the attached video takes no less than 45 hours to produce and the process includes putting down titanium powder and melting the substance with four, 400-watt lasers. The 3D-printer applies 2,313 layers of material before the structure is complete. Then, the component is heat treated and finally a five-axis mill machines the contours of all the functional surfaces.

But what's the biggest advantage of a 3D-printed caliper compared to the caliper the Chiron is currently using? Its weight – the titanium 3D-printed caliper is nearly two times lighter. Bugatti is currently investigating how to make production of 3D-printed details significantly faster. Then, with the help of Volkswagen’s new 3D print center, it will put the caliper together with other components in mass production. 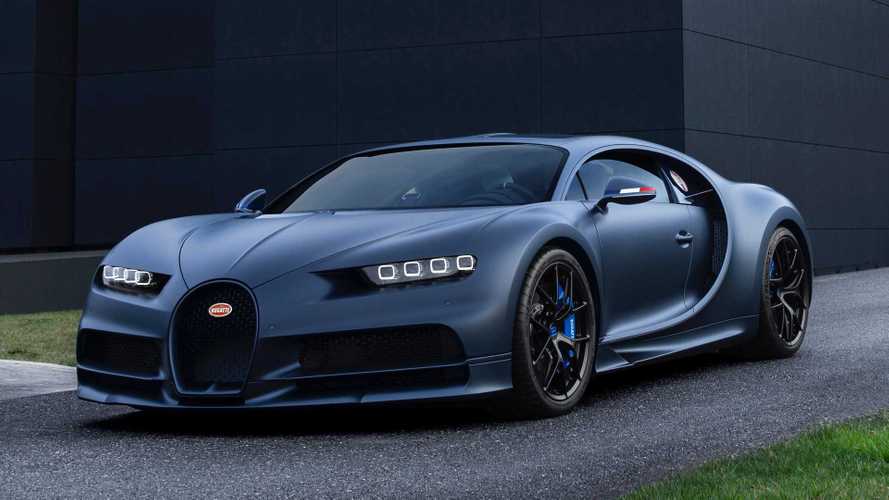