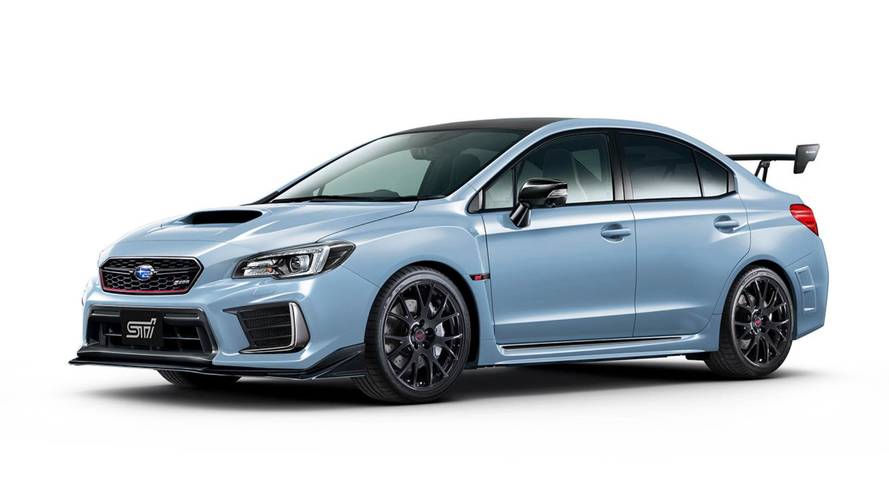 The previous S-series WRX STI models have been very special. Now, one might arrive in the U.S.

Subaru filed a trademark application in the United States on December 12, 2018, for the term S209, suggesting the possibility of a performance-tuned WRX STI coming to America. Presumably, the model follows in the lineage of the Japanese-exclusive special editions like the S206, S207 (gallery below), and S208 (pictured above).

Subaru's application says the company would use the S209 moniker for "automobiles and structural parts and structural fittings therefor" and "floor mats for automobiles." Autoguide first discovered the filing.

Subie refers to these S-series vehicles as the ultimate versions of its STI models. For example, the S206 in 2011 had weight-balanced pistons, connecting rods, crankshaft, ball bearing turbo, and revised ECU that boosted the 2.0-liter turbocharged engine to 316 horsepower (235 kilowatts) and 318 pound-feet (431 Newton-meters) of torque. Bilstein shocks and a variety of chassis braces helped sharpen the handling. An optional NBR Challenge package added a carbon fiber roof and black BBS wheels.

STI has produced previous S-series models in very limited numbers, including just 300 examples of the S206 and 450 units of the S208. This would likely be the case for the S209, too.

It Subaru really wants to make the S209 special, it should put the moniker on the South-Africa-exclusive WRX STI Diamond Edition and bring the machine to the U.S. The model is the most powerful factory-built, road-going STI ever but only 30 of them are hitting the road. Parts like a revised ECU and performance exhaust push the output to 349 hp (260 kW).