Porsche 911 GT2 RS MR: What You Get And How Much It Costs 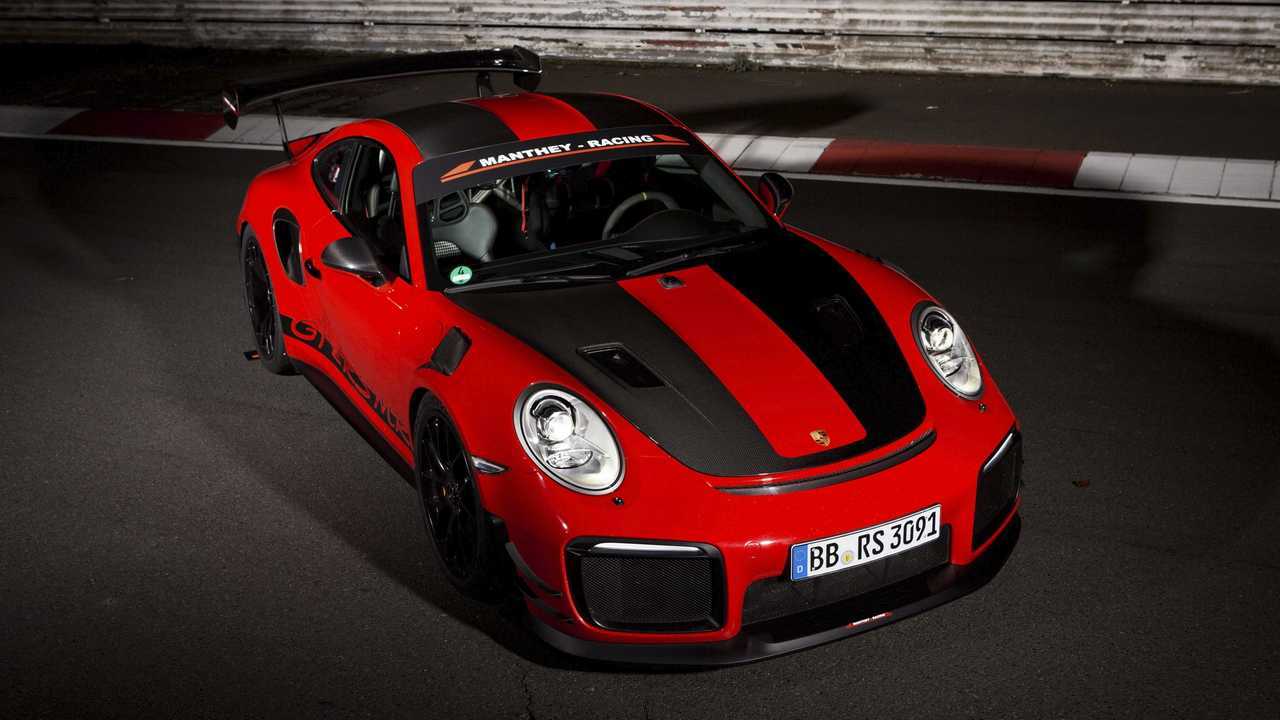 Turning the 911 GT2 RS into the fastest street car at the Nürburgring costs about as much as a new Panamera 4.

The title for the fastest production car at the Nürburgring is up for debate as some will say it’s the Lamborghini Aventador Superveloce Jota while others claim it’s this – the Porsche 911 GT2 RS MR. A full seven seconds quicker than the standard GT2 RS, the version upgraded by Manthey-Racing managed to lap the Nordschleife in 6 minutes and 40.33 seconds, thus making it quicker than the SVJ’s 6:44.97 lap time.

Technically, the raging bull remains the fastest standard road-legal production car considering the record was established with a stock model whereas the Porsche went through a few changes. But how was Manthey-Racing able to shave off so many seconds compared to the standard 911 GT2 RS? We got in touch with them in order to learn about what the “MR” package brings to the table.

For starters, there’s an aerodynamic package encompassing a front splitter and a rear diffuser, along with additional flaps and an aero curtain. In addition, there’s a reinforced engine lid and a modified rear wing with end plates and wing support brackets. Manthey-Racing has also developed a custom suspension featuring race-spec springs and with adjustable rebound and compression.

For superior stopping power, the MR package for the ultimate 911 comes along with new brake pads and a brake line set providing improved pedal response thanks to a layer of stainless steel woven braid. GT2 RS owners looking to upgrade their cars should know the kit also bundles an additional water tank and optional magnesium wheels lighter than the standard set. The new shoes come with an aero cover and can be had in Platinum Silver, Gold, Satin Black or Brilliant Silver.

There aren’t any power upgrades, so the Porsche 911 GT2 RS MR offers the same 690 horsepower and 553 pound-feet (750 Newton-meters) of torque from its twin-turbo flat-six 3.8-liter engine.

It was spotted again at the 'Ring:

Turning the 911 GT2 RS into the fastest road-legal car around the Green Hell costs €77,244 in Germany. Add the magnesium wheels and you’re looking at €95,094, which is just about as much as a new Panamera 4 in its domestic market Deutschland.

In case you haven’t heard of Manthey-Racing, it’s a company founded by Olaf Manthey in 1996 and currently has about 100 employees. It specializes in the development of Porsche race cars, but it also offers services for street-legal vehicles like it’s the case with the 911 GT2 RS. Porsche owns a 51-percent share in Manthey-Racing, a company which has its office and testing center right next to the Nordschleife.

It’s billed as being “the most successful Porsche racing team worldwide” after grabbing multiple titles in the Porsche Supercup and scoring several victories at the Nürburgring and Le Mans endurance races.