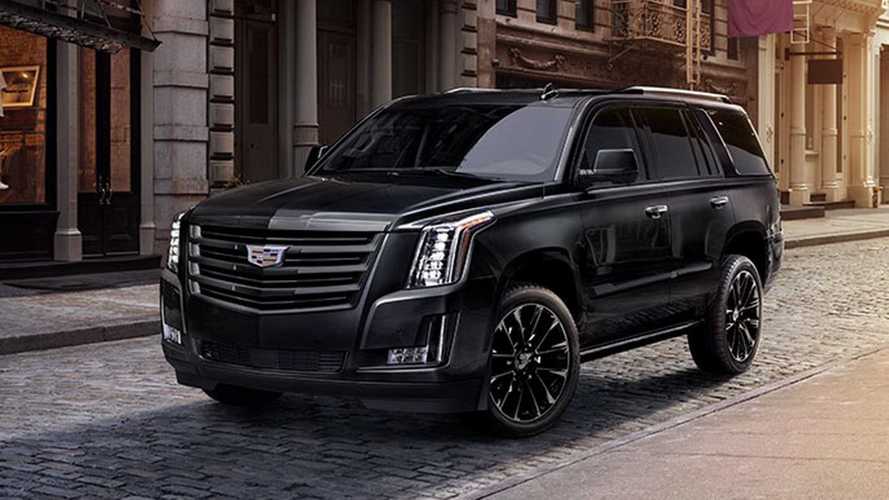 Created for "those who aren’t afraid of the dark," this is no Escalade-V.

Cadillac doesn’t have a big debut planned for this year’s Los Angeles Auto Show, but it does have something new to unveil. Even though the fourth-generation Escalade went on sale back in April 2014, it’s only now the fullsize luxury SUV is getting the special edition treatment. While the “Sport Edition” moniker might tempt you to believe it’s a hotter version, what we’re dealing with is essentially nothing more than a visual package.

Available for the Luxury, Premium Luxury, and Platinum trims, the Sport Edition adds an assortment of glossy black exterior accents on the tall and long SUV body. You can see these just about everywhere: front grilles, around the windows, side moldings, and also on those large 22-inch alloy wheels where the dark look is combined with a bit of silver.

Regardless of the trim you go for, underneath the hood you’ll find the same naturally aspirated 6.2-liter V8 engine producing 420 horsepower (313 kilowatts) and 460 pound-feet (624 Newton-meters) of torque. Cadillac will sell the Escalade Sport Edition in both two- and four-wheel-drive configurations, along with an assortment of standard features. These include goodies such as Magnetic Ride Control, 16-speaker Bose sound system, electric liftgate, and Automatic Parking Assist.

To make it worth your while, Caddy will also throw in heated and cooled front seats, heated second-row bucket seats, and the possibility to fold-flat the second and third rows. Customers will also be rewarded with a heated steering wheel wrapped in leather and adorned with wood accents, while 4G LTE Wi-Fi hotspot will also be part of the package.

Cadillac will begin to take orders for the Escalade Sport Edition from the first quarter of next year. The package will set you back an extra $2,700, which means the cheapest version available is going to cost $84,790 for the Luxury trim.

As a final note, it’s worth mentioning there were some rumors a few years ago about the possibility of a high-performance version. Tentatively called Escalade-V / Escalade V-Sport and equipped with the Chevy Corvette Z06’s supercharged 6.2-liter V8 rated at 650 hp, the amped-up SUV unfortunately never saw the light of production day.

2020 Cadillac Escalade Could Have Three Engines, Including Plug-In
++111