2020 Honda Urban EV Is The Most Adorable Prototype We've Seen 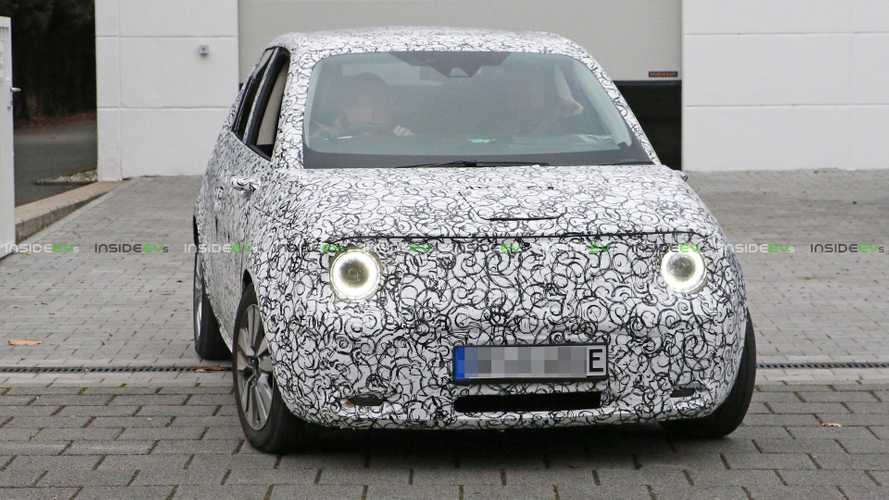 Don't you just want to hug it?

[UPDATE] Additional images have been added to the gallery. These confirm our hunch that the concept's wide screen will be carried over onto the production car. As you can see, the corners of the massive display show footage captured by the side cameras.

Honda basically stole the show last year in Frankfurt when it introduced the Urban EV, a pint-sized concept of a pure electric hatchback with retrolicious design cues. More than just a simple tease, the adorable zero-emissions commuter car will be going into production and some of you will be able to order the road-going version in a few parts of the world as early as the beginning of next year.

Honda CES Robot Debut Looks Like A Weeble, Won't Knock You Down

Honda Reveals Electric CUV With 53.6 kWh Battery Based On HR-V

Our spies were in the right place at the right time to grab the first set of images with the Urban EV undergoing testing in right-hand-drive prototype guise. While it still looks cute as a button, some big changes have been implemented as the small electric hatch has gained a pair of rear doors. It looks like these have so-called “hidden” door handles mounted next to the C-pillar.

To make room for the rear doors, the front ones are now visibly narrower and open in a conventional way as opposed to the concept’s suicide doors. It looks like the flush door handles of the showcar are staying, but obviously moved to where you’d normally find them on a production model with standard doors.

Interestingly, the prototype has tiny side cameras instead of conventional mirrors – a feature we’ll be seeing more of in the years to come following the launch of the mirrorless Lexus ES in Japan. Needless to say, it will take a while before cameras will be legal all over the world, so chances are the Urban EV will initially come with traditional mirrors in most countries.

While the cutesy round headlights of the concept will have a correspondent on the production model, the showcar’s square taillights will be replaced by a round set to nicely mimic the front clusters. There are some cutouts in the camo on the tailgate, which might be there to make the reversing lights visible to traffic participants. At the front, there’s a bulge right in the middle of the petite hood. Like with the concept, it must be the panel that opens to provide access to the charging port.

We can’t quite see what’s inside the car, but from some angles, we can catch a glimpse of the dashboard. It looks like the concept’s giant display will trickle down to the production version, albeit there are probably some changes we cannot see right now because of the piece of fabric placed on top of the dash.

Honda has been coy on technical specifications, but the rumor mill is suggesting range will stand at roughly 155 miles (250 kilometers). We will have all the juicy details closer to the production model’s launch slated to take place in Europe towards the end of 2019.

The Urban EV has a more athletic cousin: