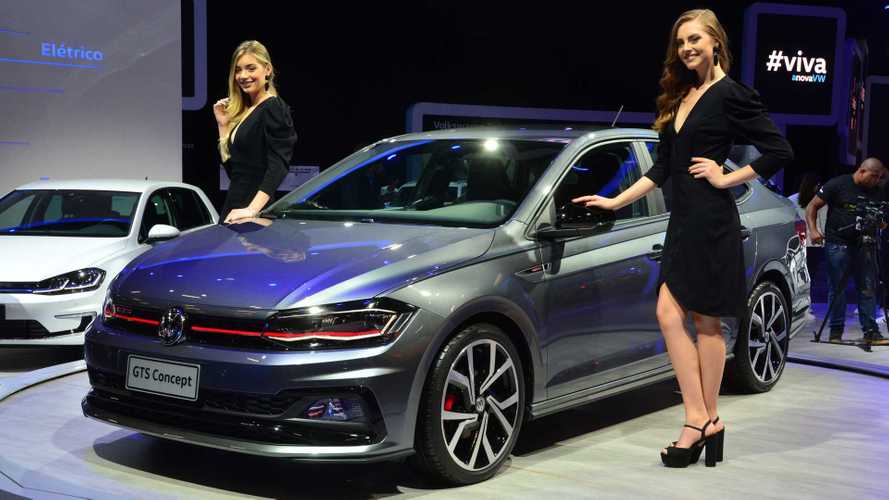 You'll have to move to Brazil to buy the production car.

The 2018 São Paulo International Motor Show is in full swing and Volkswagen is attending the event to exhibit not just the Tarok pickup truck concept, but also this lukewarm subcompact sedan. This one too is officially billed as a concept car, but the production version should look virtually the same. What is it? Virtus is essentially a sedan version for Latin America of the hugely popular Polo supermini available in Europe, while “GTS” is a watered-down GTI.

While the styling does faithfully follow the hot hatch, we can’t say the same thing about the engine underneath the hood. The Polo GTI comes with a turbocharged 2.0-liter gasoline engine producing 200 horsepower and 320 Newton-meters (236 pound-feet) of torque whereas the Virtus GTS has to make do with the familiar 1.5-liter TSI unit rated at 150 hp and 250 Nm (184 lb-ft). This engine can also be had in Europe on the lesser versions of the Polo.

Another big difference between the two heavily related models lies in the gearbox options. VW gives Euro buyers the freedom to pick between a six-speed manual and a six-speed DSG, while the Virtus GTS will eschew the manual to go auto-only.

As shown in the gallery attached below, there’s also a Polo GTS hatchback concept on display in Brazil with the same oily bits. Interestingly, VW will offer the dynamic duo with all the bells and whistles included right from the start, so there won’t be an options list. Goodies will include everything from a digital instrument cluster and an eight-inch touchscreen to a rearview camera and rain, light sensors.

It goes without saying the GTS trim will serve as the range-topping version of the Polo hatchback and the Virtus sedan, which are both produced by VW in Brazil at the Sao Carlos Plant. The two new models will go on sale locally at some point next year.