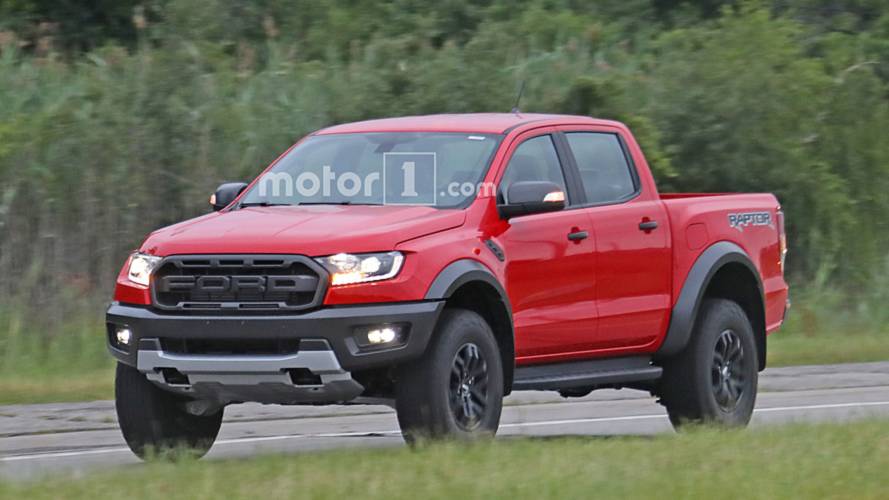 This could mean it's coming stateside.

Ever since Ford debuted the Ford Ranger Raptor in Thailand earlier this year, the Dearborn automaker has been coy about the performance pickup truck hitting U.S. dealerships. Days after the trucks reveal overseas, Ford Product Communications Manager Mike Levine tweeted the company would have more to share about the Ranger Raptor at a later date. Levine also tweeted that there could be a powertrain change if the truck made it to America. While all these tidbits hint at the possibility of the Ranger Raptor coming here, we have something a tad more substantial – a left-hand-drive Ranger Raptor spotted in Detroit.

These are some of the first images of a production-spec Ranger Raptor with the steering wheel on the left. Up until this point, all we’ve seen from Ford are right-hand-drive examples of the performance pickup. This doesn’t mean the truck is a guarantee in the U.S., but it could be a massively missed opportunity for Ford if the company didn’t. Compact pickup trucks – even though these things are massive – are hot right now. And the F-150 Raptor is not only a benchmark in off-road performance but popular, too. The Ranger Raptor would seem to be an easy sell to those who love the Ranger nameplate and year for the off-road capability of the Raptor.

Other than the left-hand-drive orientation, the mini Raptor looks just like the one we already saw. It has the same aggressive grille and front end, raised ride height, and Raptor badging and graphics.

When Ford revealed the Ranger Raptor, it did so with an all-new biturbocharged 2.0-liter diesel engine producing 211 horsepower and 369 pound-feet of torque. It paired with a 10-speed automatic transmission. However, Levine tweeted the vehicle could receive Ford’s turbocharged 2.3-liter engine found in the Ford Mustang and Lincoln MKC while still paired with the 10-speed automatic gearbox.

Hopefully, this spotting means Ford is planning a debut for a U.S. Ranger Raptor for later this year.