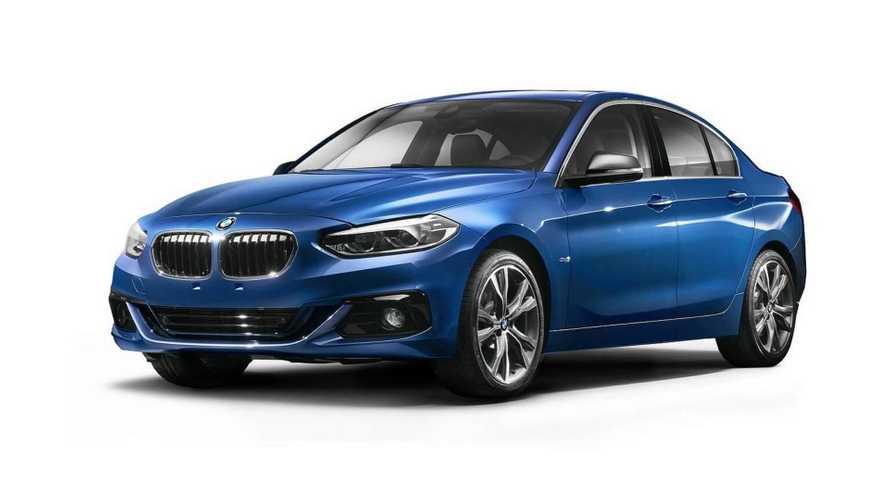 Remember when BMW said the 1 Series Sedan would only be offered in China? Scratch that. The front-wheel-drive sedan riding on the same UKL platform as the 2 Series minivans and the Minis is being launched in Mexico where it joins the RWD 1 Series hatchback offered in both three- and five-door flavors. Available exclusively as a Sport Line version, the FWD sedan starts off at 489,900 MXN ($24,561) and that makes it roughly $2,256 more affordable than the base 3 Series Sedan.

The entry-level 1 Series Sedan known locally as the 118iA Sedan Sport Line is motivated by a turbocharged 1.5-liter engine developing 136 horsepower and 162 pound-feet (220 Newton-meters) of torque. The three-cylinder mill is hooked up to a six-speed automatic gearbox to enable a sprint to 62 mph (100 kph) in 9.4 seconds and an electronically governed top speed of 132 mph (212 kph).

If that seems a little bit slow, you’ll then have to step up to the 120iA Sedan Sport Line with its turbocharged 2.0-liter engine and a starting price of 569,900 MXN ($28,571). The four-cylinder unit is good for 192 hp and 207 lb-ft (280 Nm) channeled to the front axle through an eight-speed automatic gearbox. It needs seven and a half seconds to complete the sprint and tops out at 146 mph (235 kph), also electronically capped.

Upgrading to the four-cylinder model will also have a positive impact on equipment as the 120iA Sedan Sport Line has some extra features over the 118i model. Additional goodies include LED headlights, panoramic roof, and a practical 40:20:40-split folding rear bench that will come in handy whenever carrying more voluminous cargo.

The fact that it’s being launched in Mexico doesn’t necessarily mean the 1 Series Sedan will be available in additional countries. That being said, it goes to show BMW has had a change of heart and is now open to the idea of selling its smallest sedan in more markets.