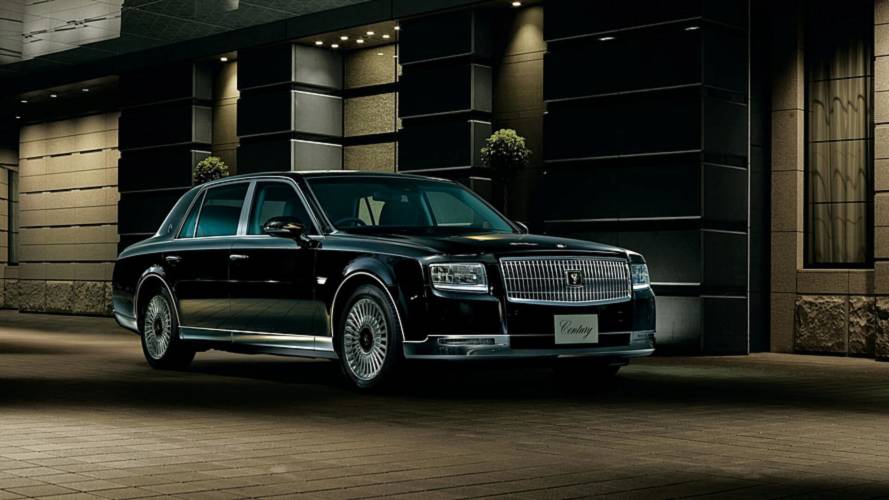 After beautifying the Tokyo Motor Show in October 2017 with its timeless Rolls-Royce-esque design, the Toyota Century has gone on sale in Japan. It comes to replace the previous generation of the large sedan, which was available for no less than 21 years in the Land of the Rising Sun where it serves as the company’s range-topping model.

The Century Is Amazing:

Described by its creator as being a “cutting-edge chauffeur-driven model,” the new Century has an exorbitant starting price to match its flagship status. Toyota wants a whopping 19,600,000 yen, which works out to $178,183 / €152,750 / £134,009 at current exchange rates. With such a steep asking price, it comes as no surprise the monthly sales target is of only 50 cars.

The supremely classy sedan is even roomier than its predecessor after a stretch of the wheelbase of 65 millimeters (2.55 inches) to guarantee stately legroom for rear passengers relaxing on the massaging and ventilated rear seats. There’s also more headroom than before thanks to a newly developed raised ceiling taking inspiration from an architectural ceiling design to provide extra height in the central area. Getting in and out of the car is easier than before as a result of a height reduction of 15 millimeters (0.6 inches) between the scuff plate and the floor.

The lavishly equipped interior has all the bells and whistles you could think of, including an adjustable power leg rest and a rear-seat entertainment system with a massive 11.6-inch screen. There are a whopping 20 speakers installed all over the cabin, along with a 7-inch touch panel between the rear seats from where the passengers can access a variety of functions, including the electrically operated curtains for extra privacy.

Then there are the things you can’t actually see, such as the abundance of sound-deadening material and an active noise control system to diminish the vibration and noise generated when the engine is fired up and also during acceleration. An electronically controlled adaptive air suspension guarantees a silky smooth ride as you’d come to expect from the most luxurious Toyota ever made.

Not that deep-pocketed owners will care a great deal about what powers their king-sized luxury sedan, but the new Toyota Century is offered exclusively with a hybrid powertrain consisting of a 5.0-liter V8 gasoline engine and an electric motor. The V12 engine of the previous generation is no more, but with a combined output of 425 horsepower (317 kilowatts), the new electrified setup actually has significantly more punch considering the old twelve-cylinder unit was rated at 276 hp (206 kW).

Toyota is now taking orders for its locally built crown jewel of the range, which given its price tag, will undoubtedly be a rare sight on the streets of Japan.

Toyota City, Japan, June 22, 2018―Toyota Motor Corporation (Toyota) announces the launch of its completely redesigned Century in Japan and the start of sales at all nationwide "Toyota" dealers (including for the Tokyo area Toyopet and "Toyota" dealers).

The Century debuted in 1967, and was released to commemorate the 100th birthday of Sakichi Toyoda, founder of the Toyota Group. For more than 50 years the Century has served as the chauffeur-driven model of choice for Japan and remains a favorite among executives across all industries.

The new 3rd generation Century sees its first full redesign in 21 years. The development theme blends the concepts of legacy and evolution. It carries on the tradition of master craftsmanship and high-quality monozukuri (all-encompassing manufacturing) while the hybrid system realizes high-demand environmental performance, and an interior and exterior design injects new charm into the Century in line with its heritage. The new Century features advanced equipment and comfort amenities suitable for a luxury car, and numerous improvements have been made to achieve serenity and cruising stability.

19,600,000 yen (Includes consumption tax and does not include recycling fees. Separate pricing applies for Hokkaido and Okinawa.)

*3The raised ceiling is an architectural ceiling design with additional height in the center area.

*4The manji design symbol represents perpetual prosperity for the home and longevity.

*5The massage function is in the left rear seat. An air bladder is embedded in the back of the seat. When it inflates it applies the appropriate level of pressure to the shoulders and lower back.

Main specifications of the hybrid system

*6Values based on MLIT testing

*9Rear Cross Traffic Alert uses radar to detect vehicles approaching from behind. Clearance sonar and rear sonar use ultrasonic sensors to detect obstacles at the front corners of the vehicle and behind the vehicle while driving at a slow speed.

*10HELPNET is a registered trademark of Japan Mayday Service Co., Ltd. The service needs to be activated prior to use.