Mercedes-AMG A45 Sedan Is Coming, But Will It Look Like This? 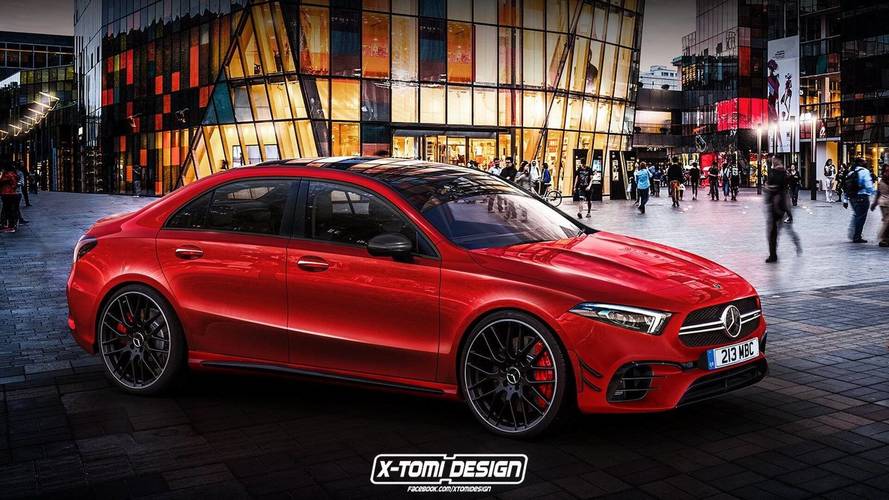 A lesser A35 version is also in the works.

It was only last weekend when someone decided to create a Mercedes A-Class Wagon for the virtual world and now that very same person has envisioned an A45 Sedan. While the former is unlikely to come to fruition, the latter has already been confirmed by AMG’s boss Tobias Moers and it will be joined by a less powerful A35 version.

With the exception of very few models such as the B-Class, V-Class, and the X-Class, most of Mercedes models have been blessed with the fully fledged AMG treatment. The three-pointed star and its go-faster Affalterbach division are now gearing up to add even more performance cars as the A35 and A45 models will be offered not only as four-door sedans, but also as five-door hatchbacks.

The A35 models will feature somewhere in the region of 300 horsepower to go after the Audi S3 Sportback and Sedan whereas the A45-badged cars will fight off Ingolstadt’s RS3 Sportback and Sedan. X-Tomi Design from Hungary has decided to see into the future of the first-ever Mercedes-AMG A45 Sedan, a car that will be powered by a brand new turbocharged 2.0-liter engine. AMG has announced the four-cylinder will have more than 400 horsepower channeled to a newly developed 4Matic all-wheel-drive system.

Besides the A-Class Sedan, Mercedes and AMG will have another “45” compact sedan in the form of the next-generation CLA 45. The regular version has been spotted as a camouflaged prototype looking like a mini-CLS, which isn’t necessarily a bad thing. Of course, the A45 Sedan digitally imagined here will be cheaper than its more stylish CLA 45 counterpart and it will also be more practical.

The regular A-Class Sedan will likely be unveiled in the second half of the year, following the debut of a long-wheelbase version last week at the Beijing Motor Show. As you might have guessed already, the render is based on the stretched model bound to be sold exclusively in China. The A35 might also be unveiled this year, with the A45 to arrive likely around the end of the decade.