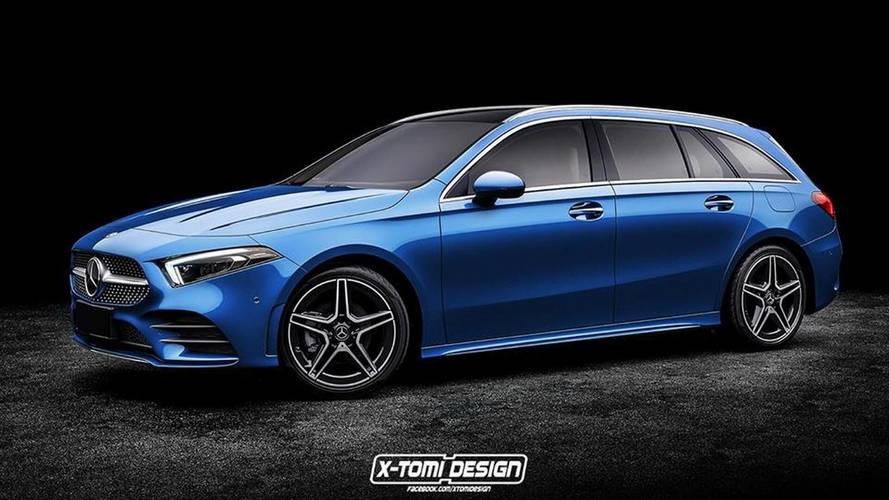 But don't count on it happening.

We’ve seen official images of the new A-Class hatchback and sedan, along with spy shots of the B-Class, CLA, GLA, and the GLB. But what about the CLA Shooting Brake? While word on the street says the swoopy wagon won’t be renewed for a second generation, Autocar learned way back in January 2017 from Mercedes’ sales and marketing boss, Britta Seeger, the stylish wagon would stick around. If nothing has changed since then (fingers crossed), it means the CLA SB will live to see a new generation. It’s a different story with the much larger CLS Shooting Brake as that one has been terminated as a consequence of low demand.

Now Made in Hungary and with a diesel co-developed with Renaul:

As much as car fans will tell you they have a soft spot for wagons, truth of the matter is more and more people are deciding to go with crossovers and SUVs, so we should be thankful Mercedes will give the CLA Shooting Brake a part deux. As for the adjacent render, it tries to imagine a different take on the family-oriented model by “demoting” it to become an A-Class wagon. It would be to the CLA SB what the A-Class Sedan is to the CLA, but the chances of becoming a reality are rather slim.

Mercedes has announced its compact car lineup will include a total of eight models, and it’s not that hard to name most of them: A-Class hatchback, A-Class Sedan (including China’s LWB model), B-Class minivan, GLA crossover, and the G-Class-inspired GLB boxy crossover set to slot above the GLA. Assuming the Shooting Brake will survive, it brings the grand total to six cars, which means two other models are in the pipeline. Their identities are not known at this point, but it’s hard to believe there’s going to be a second wagon to sit alongside the Shooting Brake.

Even so, this render exists as a way of showing what would be a cheaper and significantly more practical alternative to the CLA-badged model. Give it the full-on AMG treatment and we’re sold.