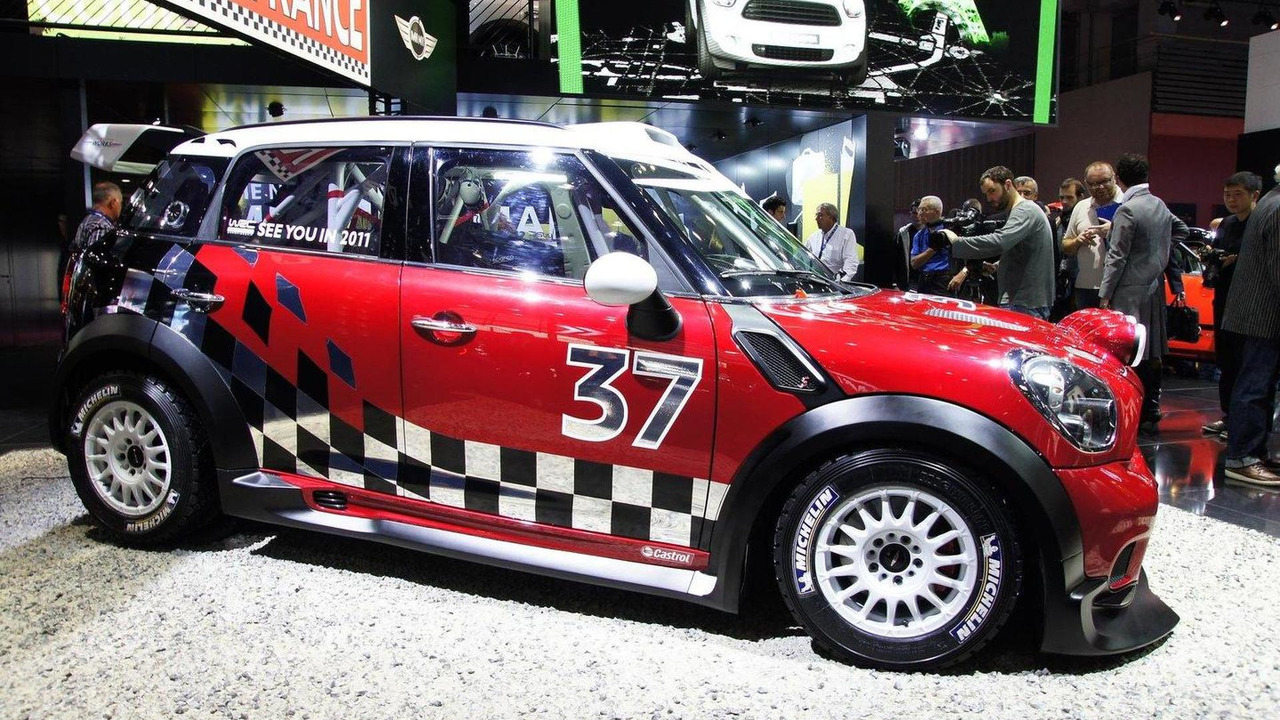 MINI WRC will race in 6 of 13 rounds of the World Rally Championship next year and compete fully in the 2012 season.

The new MINI WRC is not just for show, with it MINI marks its entry into WRC and will compete in the World Rally Championship next year (2011).

Wearing the shell of a MINI Countryman, the MINI WRC will feature a 1.6 liter turbocharged engine. MINI began development on its WRC entry back in 2009 and the car recently began its race-conditions testing at the Prodrive rally track.

"The interest in motorsport among the present generation of MINI customers is massive. The WRC provides an excellent communications platform for the MINI Countryman, upon which the MINI WRC is based," said Dr. Wolfgang Armbrecht, brand management chief at MINI.

The MINI WRC will compete in 6 of 13 rounds of the 2011 World Rally Championship. MINI plans to fully compete in the 2012 season.

Kris Meeke of the U.K. has been named as one of the drivers for the 2011 season.