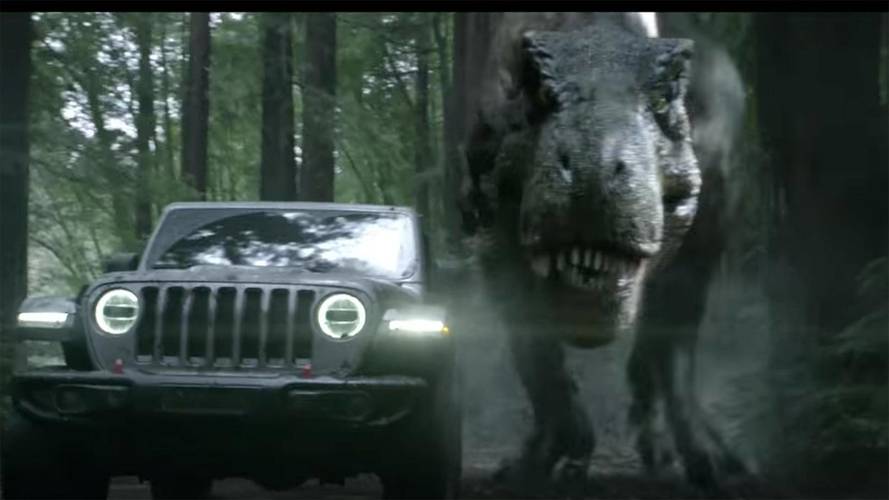 If you missed the Super Bowl, here's every auto- and motorcycle-related ad from the game.

Super Bowl LII brought surprises both because of the Philadelphia Eagles' first ever NFL Championship and its advertising. In years past, automakers largely released their commercials before the game, which didn't leave much to look forward to. However, this year most of the companies waited to premiere their ads during the event, and there were quite a few of them. The roundup below includes spots not just from automakers but also the commercials with a significant amount of vehicular content.

Hyundai had two ads during the Super Bowl, and they were completely different thematically. "Hope Detector" tugged at the heart by showcasing the brand's donations to pediatric cancer research. Conversely, "Ref to the Rescue" opted for humor by advertising the new Kona compact crossover with a children's soccer referee who was hurrying to get home to watch the game.

Jeep ran three commercials during the game. The most successful of the bunch was arguable "Anti-Manifesto." It mocked traditional auto advertising by showing an unbroken shot of a Wrangler fording through water and then climbing the riverbank.

"Jeep Jurassic" starred Jeff Goldblum and played on the chase from Jurassic Park where he rode in the back of a Wrangler while a T-Rex chased the vehicle. While behind the wheel of a new Wrangler, Goldblum managed to gain the upper hand.

Finally, "The Road" was the weakest of the trio by showing the new Cherokee doing some light off-roading with the message that it can get away from crowded roads.

Kia had a single commercial during the game. The spot starred Aerosmith front man Steven Tyler using the new Stinger has a time machine. The company also released an alternate version that played the ad in reverse to highlight the interesting soundtrack.

Lexus and Marvel teamed up for a commercial that advertised the upcoming Black Panther film and showcased both the LC 500 and LS 500 F Sport with the superhero.

Tom Cruise isn't shilling for a car here, but there is enough vehicular action in the Mission Impossible: Fallout to warrant a mention here. There's a long look at Cruise's BMW motorcycle chase, and some glimpses of him speeding around in an E28-generation BMW 5 Series. Since the dire second installment in the franchise, the Mission Impossible movies have gotten better with each film, too.

Again, this isn't specifically an automotive ad, but there are enough cool cars here to make it worth a mention. The spot starts with a brief look at a Pontiac Firebird, and then there's a lineup of 1950s classics. The best of the bunch is DeLorean from Back to the Future II, and the futuristic Pepsi bottle from that movie. Finally, the drink's sponsored NASCAR race car with Jeff Gordon behind the wheel.

Like Hyundai, Ram also ran two ads with very different moods. "Built to Serve" has garnered controversy for using an inspirational speech by Dr. Martin Luther King Jr. to sell trucks. Critics feel that it's crass consumerism to use his words for marketing a product like this.

Meanwhile, "We Will Rock You" goes for humor by using a group of Icelandic Vikings to sell the new Ram 1500. The ad falls flat, though, because it takes so long to reach the punch line, and the joke isn't that funny.

Squarespace tapped motorcycle enthusiast Keanu Reeves for the company's Super Bowl ad, and the actor brought a motorcycle from his Arch Motorcycle Company. Reeves stands on top of the bike while speeding down an empty highway. It's not clear what this has to do with a firm that helps people build and register Web sites, but the spot is fun to watch.

Toyota bought time for three ads during the Super Bowl, and they all communicated positive messages. The humorous "One Team" commercial put religious leaders into a Tundra for a trip to a football game. "Mobility Anthem" showed off the company's future by highlighting a flying car, a wheelchair able to go down stairs, and a helpful robot. Finally, "Good Odds" made a connection with the upcoming Olympic Games by showing a woman born without feet going from a baby to a Paralympic Gold Medal-winning skier.