Stand Out With This Extremely Rare V12-Powered Jaguar XJR-15 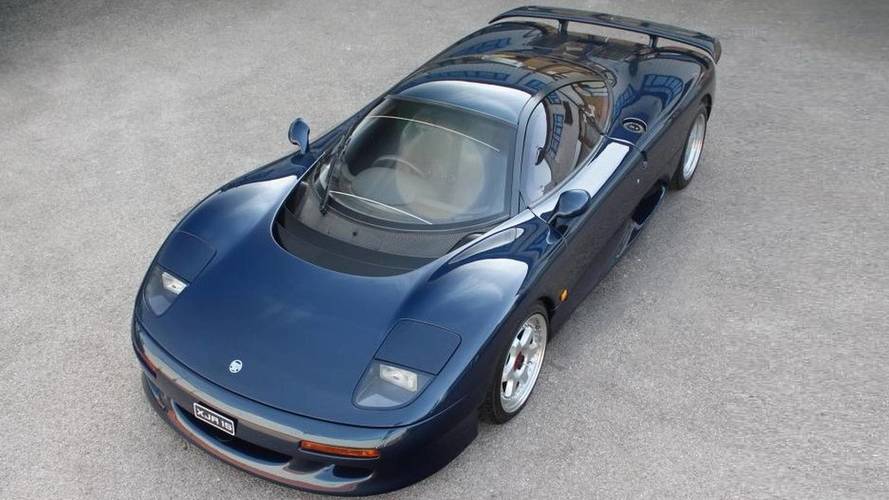 As impressive as the Jaguar XJ220 was, the production version ultimately eschewed the concept’s mighty V12 engine in favor of a much smaller 3.5-liter V6 equipped with a pair of turbochargers. However, the XJ220 wasn’t the only supercar from Jaguar to see the light of day in the early 1990s as the British company also had the alluring XJR-15.

Developed in collaboration with Tom Walkinshaw Racing (TWR), the mid-engined machine with a rear-wheel-drive layout was even rarer than the XJ220 that came after it, with only 53 examples built. This one is even more exclusive as it has the optional five-speed synchro gearbox, leather upholstery, and air conditioning – with roughly 25 cars to be built in this specification.

Originally exported to Germany back in 1991, this particular XJR-15 has done only 600 miles (965 kilometers) and could very well be the finest surviving example out there. Finished in Mauritius Blue, the car is up for grabs with the suitable “XJR 1S” license plate and comes bundled with the original owner’s manual, German registration papers, and even magazines featuring this very same car. Not only that, but the future owner will also get the over ear headphones you can see in some of the attached photos placed behind the headrests.

Reimported to the U.K. in 2008, the car went through an extensive six-year refresh conducted by Don Law Racing. It brought an updated engine management, tweaked suspension and clutch, along with some styling revisions. For all of these changes, the owner forked out a hefty £98,000, which works out to about $132,700 at current exchange rates.

Derived from the Le Mans-winning XJR-9, Jaguar’s supercar is equipped with a naturally aspirated 6.0-liter V12 engine developing 450 horsepower (336 kilowatts) and 420 pound-feet (569 Newton-meters) of torque. That might not sound very impressive by today’s standards, but it’s important to mention the XJR-15 is very light. Thanks to a carbon fiber body wrapping the highly advanced monocoque chassis made from a combination of carbon fiber and Kevlar, the vehicle weighs as little as 1,062 kilograms (2,341 pounds). In fact, it’s actually slightly lighter than the featherweight Alpine A110 and benefits from an exposed carbon fiber interior cabin.

The right-hand-drive XJR-15 is available in the U.K. via DD Classics dealership in London.