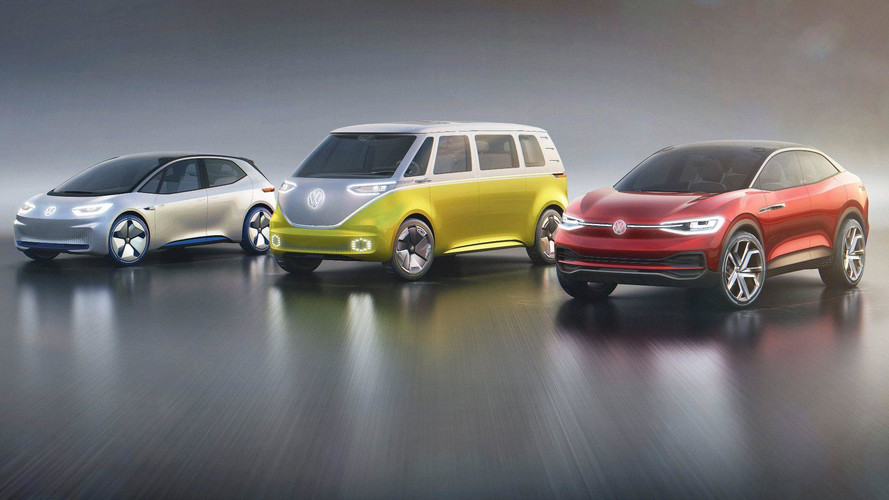 VW still has plenty of segments to fill with EVs.

Volkswagen's recent trademark filings provide some hints about possible names for its upcoming electric vehicle concepts. Documents show that the automaker now holds the rights to the titles I.D. Freeler and I.D. Cruiser for use worldwide.

Unfortunately, these filings don't tell us anything about the vehicles on which they might appear. The existing I.D. concepts can provide some hints about what might be next, though. So far, VW has unveiled the Golf-rivaling I.D. hatchback, the Minibus-reviving I.D. Buzz, and the I.D. Crozz stylish crossover.

The glaring omission among the concepts so far is that VW doesn't yet show what a future electric sedan might look like, but we might see it soon. Dr. Frank Welsche, VW’s director of development, revealed plans in September to debut an electric four-door concept at the 2018 Geneva Motor Show in March. He hinted that the model might preview the next-gen Phaeton.

With a sedan out of the way, the other major gap in the I.D. concepts is a more traditional, utilitarian crossover. The I.D. Crozz appears like more of a BMW X2 rival, but VW could create a boxy version, too. Rumors point to the company considering an electric revival of the Thing, which would look like a natural fit sitting next to the I.D. Buzz on an auto show stand.

Volkswagen's first dedicated EV on the market will be the production version of the I.D. hatchback in 2020, and the I.D. Crozz will come to the U.S. in the same year. In 2022, the I.D. Buzz will arrive in American showrooms. These models will be just the beginning of VW Group's onslaught of electrified vehicles that will total 15 products by 2025. The company will limit availability of some of these vehicles to specific markets, though.