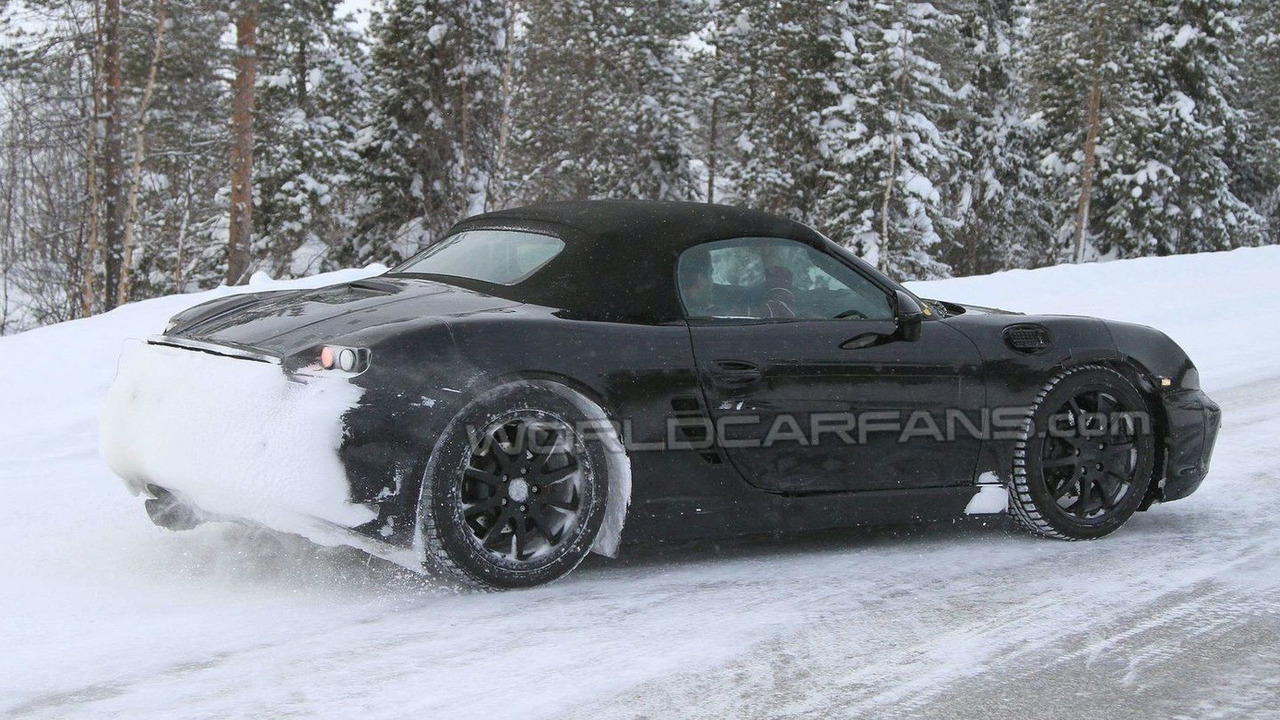 We have six new spy photos featuring the 2012 Porsche Boxster during testing. The story inside.

New spy photos of the 2012 Porsche Boxster were captured in snowy northern Europe.  The pictures show a new body for the Porsche model, with just a hint of the car's LED daytime lights.

The photographer on the scene says the Boxster prototype is definitely "lower and wider than the current generation."  The front bumper appears to extend closer to the ground, and tape could be covering up changes in the side panels and sills.  Thus far, the car has mainly been spied with a cloth roof.  Perforated brake disks, already available on the current model, can be seen in these photos.

Previous reports mention Porsches need to reduce CO2 emissions down to about 180 g/km.  As a result, Porsche is considering a turbocharged three-cylinder engine for the third generation Boxster model.

Nonetheless, the real changes could be coming to the car's performance figures.  Look for more efficient numbers to come from the next-gen Boxster, which will likely weigh less than the current model, as well as a 2011 launch.