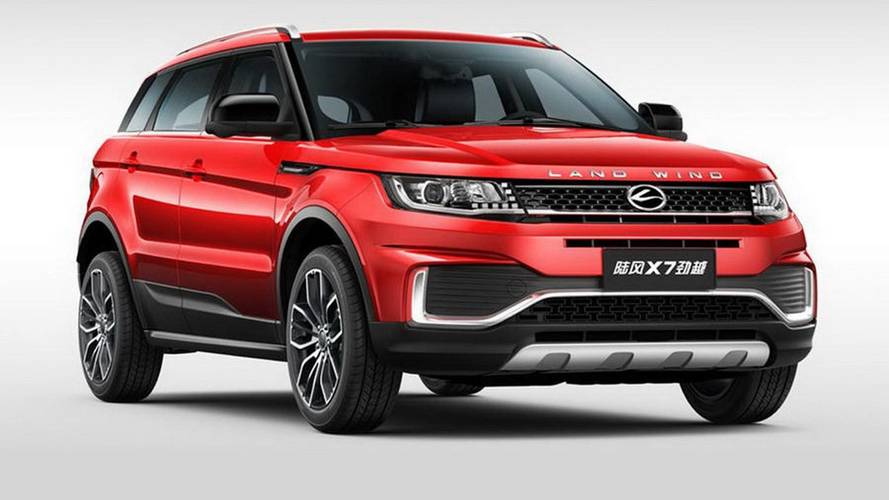 This nip and tuck can't hide the original source of inspiration for the crossover's design.

They say imitation is the sincerest form of flattery, but we’re pretty sure the folks from Land Rover are not exactly blushing right now after seeing images of the updated Landwind X7. Launched roughly three years ago, the compact crossover sold exclusively in China is now going through a comprehensive refresh, but despite the update, it still can’t shrug off the fact it bears a striking resemblance to the Evoque.

Even though the design of the bumpers, headlights, taillights, and grille has been changed, the overall shape of the X7 continues to evoke (get it?) strong vibes of Land Rover’s smallest crossover. Not only do the X7 and Evoque look very similar, but the models also have just about the same size. This facelift for the Chinese CUV has brought along other changes, like new front fenders, exhaust tips, roof rails, and a metallic bar between the taillights to replace the black plastic installed on the old version.

Land Rover design boss, Gerry McGovern, has expressed his concern about showing new concepts as JLR is afraid Chinese automakers could rip off the designs and ironically beat the production Land Rover/Jaguar version to the market:

“We’re nervous about showing show cars a couple of years out as you can be copied just like that.”

As a reminder, there’s an ongoing legal struggle between Land Rover and Jiangling Motor concerning the design of the X7. Automakers from all over the world usually decide not to press charges against Chinese automakers because they’re chances of winning are quite low.