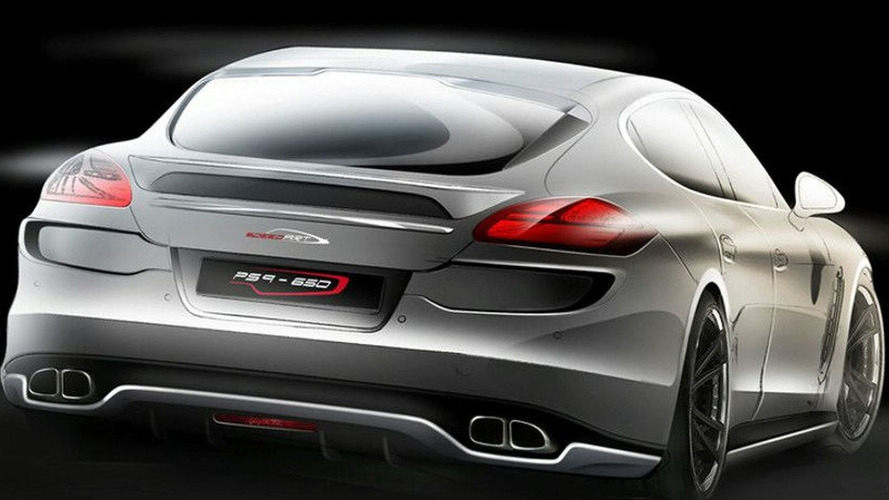 New sketches from SppedART show their intentions for the Porsche Panamera Turbo. How fast will it sprint to 100?

German tuners SpeedART have released the first two sketches of their custom new features for the Porsche Panamera Turbo.  Amongst the changes is a new, sport exhaust system that adds an additional 20 horsepower.

Changes appear to include a revised front end, with new front spoiler, bumper, grille, and vents.  Parallelogram shaped LED fog lights appear to be set into the new vents.  Headlights now sweep back in a conical shape, leading to the revised side paneling and sills.  At the back, we see a new bumper, and the trapezoidal exhaust pipes.  A new rear spoiler will also be mounted.

The car is somewhat of a 10th anniversary celebration for the company.  Not a bad way to celebrate: retuning the four-door Panamera Turbo so that it edges a 0-100km/h time in about four seconds.