Can't Have a New Suzuki Jimny? Consider A Vintage One 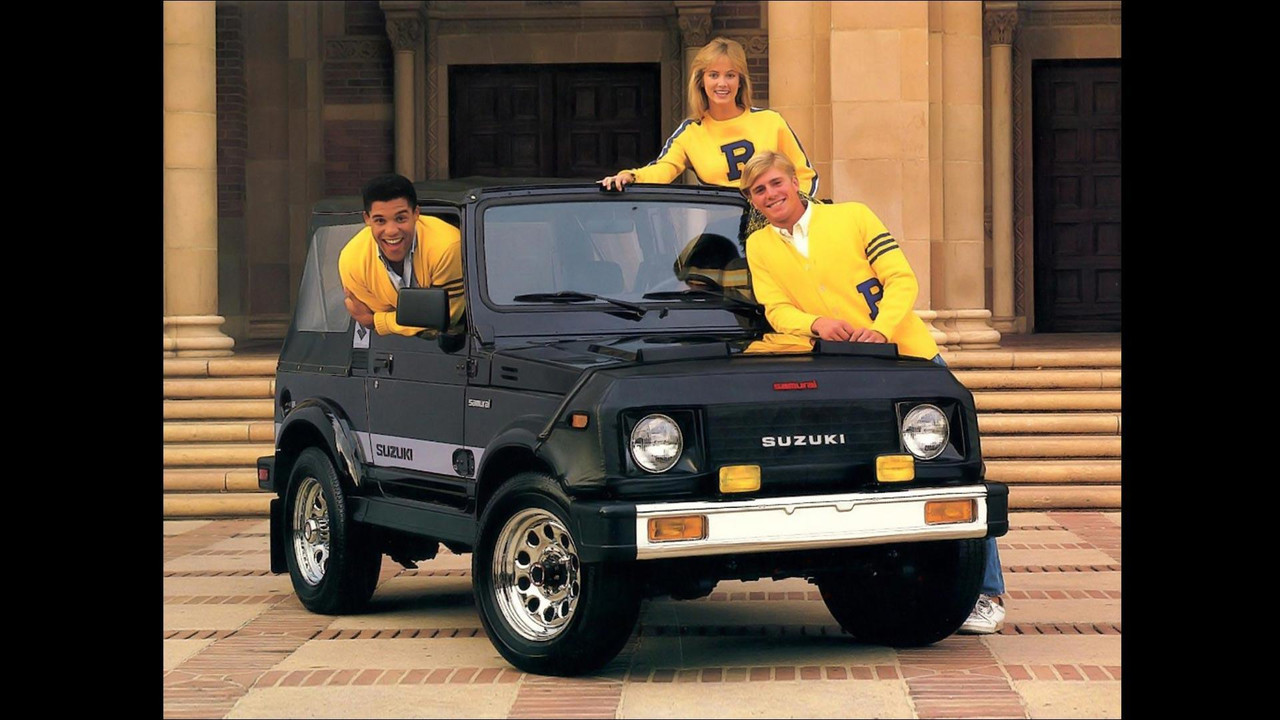 For just a few thousand dollars you can have the vintage equivalent to the new Suzuki Jimny.

A photo of the next-generation Suzuki Jimny leaked recently, and the Motor1 team immediately fell in love. The boxy, little off-roader looks like the tiny result of a tryst between a Mercedes-Benz G-Class and a Jeep Wrangler. Unfortunately, the Suzuki brand is dead in the United States and Canada, which means getting one of these new models is impossible. If someone really wants a Jimny, the only option is to pick up a vintage example.

The little off-roaders were never called Jimny in the U.S. In the early 1970s, the firm Intercontinental Equipment Corporation of California imported the Suzukis into the country and referred to them as the LJ10 for the version with an air-cooled engine and LJ20 for the liquid cooled variant. Regardless of the cooling layout, they featured a 359-cubic-centimeter, two-stroke, two-cylinder engine.

According to enthusiast site LJ10.com, Intercontinental Equipment Corporation of California imported between 3,300 and 3,500 examples of the LJ10 and LJ20 into the U.S. from about 1970 through 1974. Stricter emissions rules made it impossible to sell them with a two-stroke engine.

LJs are quite rare today. Only four popped for sale in the United States after searching multiple sites. The most expensive one is a 1972 LJ20 for $8,495 and available in Cadillac, Michigan, on Autotrader (see below). It appears complete, but the owner doesn’t have the title.

There’s also quite a nice 1972 LJ20 on eBay in Missouri with a current price of $2,500. It just needs a master cylinder and some carburetor work. The LJ10.com decals on the front fenders suggest the owner is an enthusiast of these quirky models, though.

In addition, there’s a 1972 LJ20 on eBay in Tennessee currently going for $2,225. It has an aftermarket brush bar and grille but appears otherwise complete.

One on Craigslist is only for someone looking for a project.

Suzuki officially started bringing the off-roader into the United States as the Samurai starting in 1986, and they lasted on the market until 1995. These are far more prevalent on the used market, and prices appear to hover around $5,000.

A low weight and rugged four-wheel-drive system make the Samurai a capable off-roader. Most owner apparently added modifications for making them even better there because finding one without aftermarket additions is incredibly rare.

Alternatively, $4,500 buys one on Craigslist with locking differentials, a three-inch suspension lift, and Weber carburetor.

For $10,500 on Craigslist, you can get a Samurai that comes fully ready to go off-road. A 1.6-liter turbocharged four-cylinder replaces the standard 1.3-liter mill. Plus, there’s an overhauled suspension, winch, and on-board air compressor.

Given the Jimny’s long history, an adventurous buyer also has the option of importing one from Japan. Examples older than 25 years old are available for auction at around $1,000. However, that’s before importation costs and the hassle with getting it registered.