2010 Accord Crosstour CUV Revealed in Full 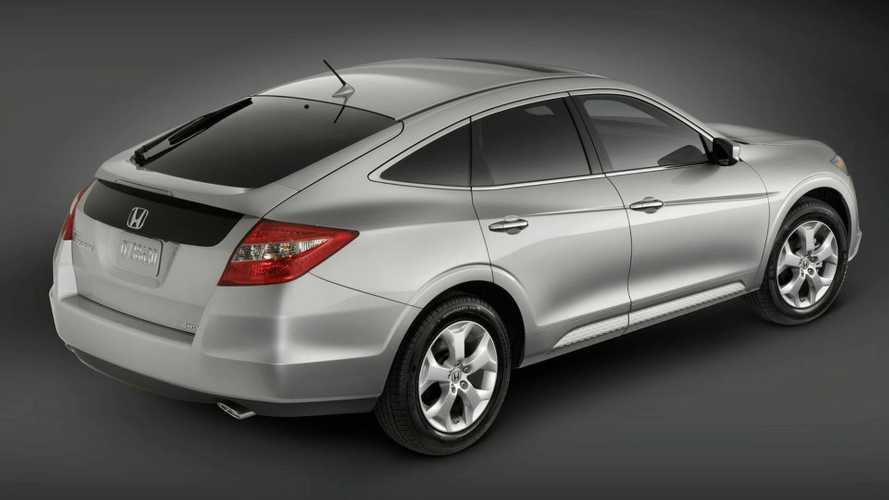 Crosstour is a crossover variant of the Honda Accord. The model will go on sale in the United States later in the year.

Honda has unveiled its latest model the 2010 Accord Crosstour for the North American market.

"Our concept is to broaden the appeal of the Accord line-up," says Erik Berkman, VP of American Honda Motor Co., Inc. , in the press release. And that seems the obvious raison d'etre for the Crosstour. But other than the photos, few additional details were provided.

The model is definitely meant to expand the range of the Accord nameplate, Honda's best selling vehicle in the United States. The Crosstour design features a higher seating position for the passengers but also keeps the crossover sitting low on its suspension. The new front grille and the beefy rear end give the car a more toughened look - a feature Honda likely hopes will attract buyers looking for something more sturdy than a regular sedan.

Automakers are always coming up with their own names for vehicle classes, such as BMW calling the X6 a "Sport Activity Vehicle." Here Honda has decided to name the Accord Crosstour a "Crossover Utility Vehicle". But the market simply calls them crossovers and this Accord version, with Honda's driving dynamics appeal, may just be the variant which lets the Accord trump its arch-rival the Toyota Camry in that largest of North American segments - the mid-sized sedan.

The Crosstour goes on sale later this year. Honda promises more details will be released at its market launch then.