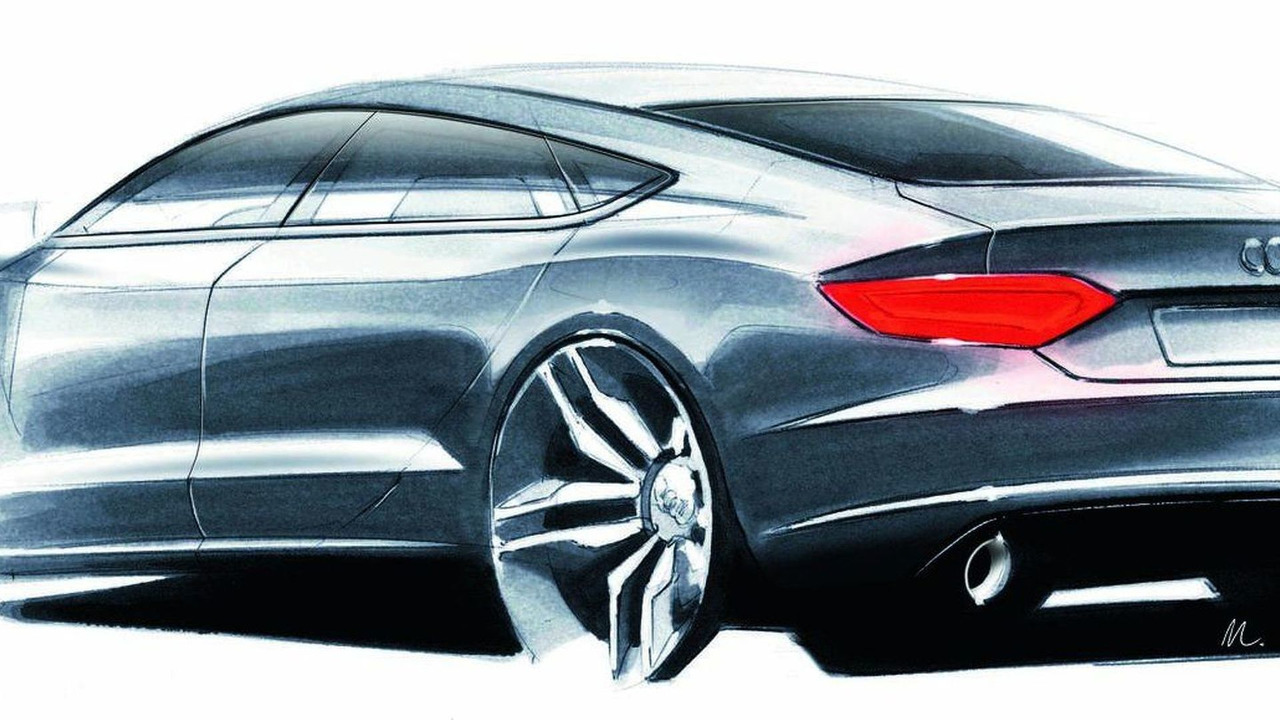 The Audi A5 Sportback is officially official. We have the details on what could be one of Audi's hottest new models.

Audi officially went public with the new Audi A5 Sportback today following months of leaks, teasers, photo shoots, and spy shots.  We have seen undisguised photos of the A5 Sportback before, but never this many, and never so high quality.

The vehicle features a smooth design that makes the car look much less like a wagon than the A3 Sportback, while sitting 36mm lower than the A4 sedan.  Frameless doors definitely add to the car's clean look.  The nicely-angled side windows, ringed in chrome, show off a sporty look with a flowing roofline.

Inside, customers can create either a monotone or contrasting look.  Four individual seats are surrounded with a comfortable amount of space no matter how big the passenger.  At 480 liters, Audi also provided nearly the same amount of cargo space as the A4 Avant.

Under the hood, we were hoping for at least one higher-powered engine.  Three petrol engines include 180 and 211 horsepower variants of the 2.0-liter TFSI unit, and a 3.2-liter V6 model providing 265 horsepower.  If it is diesel you prefer, you can choose the incredibly efficient 2.0-liter TDI.  The 170 hp unit uses just 5.2 liters of fuel per 100 km, or rougly 45+ mpg.  A start/stop system helps increase fuel efficiency.  The other TDI engines are a 190 hp 2.7-liter unit and a 3.0-liter, 240 horsepower model.  The 2.0 TFSI quattro, the 3.2 FSI quattro and the 3.0 TDI quattro models are available with the seven-speed S-tronic gearbox.

Audi will release three more engines for the A5 Sportback within the next year.  Each petrol model, and the highest-powered TDI, is fitted with Audi's "quattro" all-wheel drive system, while customers purchasing one of the two most powerful engines may also add on a newly offered sport differential which distributes the drive power in continuously variable proportions between the rear wheels.  Those not receiving quattro instead get a stability unit that helps prevent understeer with an electronic front differential.  The 180 hp 2.0-liter TFSI engine also gets the stability program.

Orders are already being taken for the Audi A5 Sportback, at a base price of €33,650.  The vehicle will be featured in dealerships beginning in September.  A lower-priced version will also be released next year, making the Sportback the entry-level trimline for the A5 series.  Audi will likely also release an A7 Sportback by the end of 2010.  That car could come with the option of a supercharged 3.0-liter V6 or a V8.