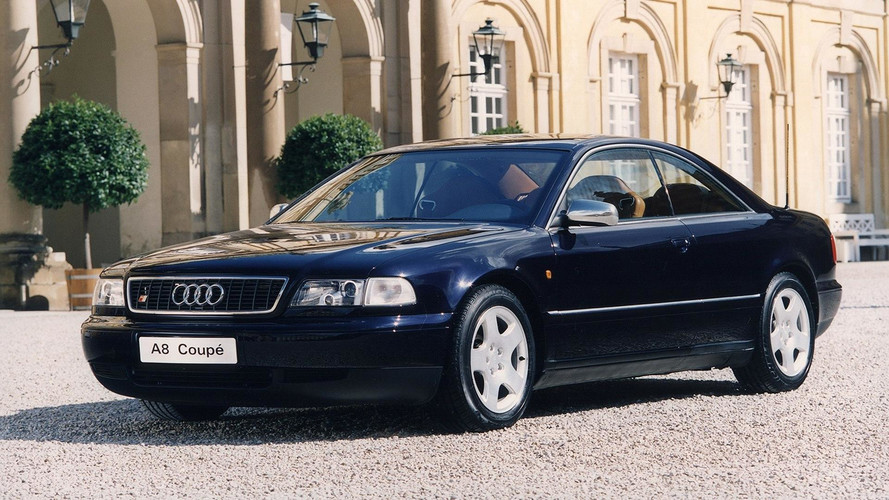 No, this isn't Photoshop. The car actually exists.

Two decades ago, Audi toyed around with the idea of doing a coupe version of its flagship fullsize sedan and got in touch with IVM Automotive from Munich to make it happen. The A8 Coupe celebrated its world premiere at the Geneva Motor Show in 1997 wearing a Ming Blue Pearl paint. Only one was ever made and had to undergo a series of changes over the donor car.

Slightly shorter than the A8 Sedan of those days, the one-off coupe received new panels almost all over its aluminum body, along with four seats with built-in seatbelts adapted from the Audi Cabrio. The absence of a conventional B-pillar made it look significantly sleeker than the regular model, also helped by the sloping roofline giving it an elegant side profile.

Unfortunately, Audi ultimately decided to nix the two-door A8 project out of concerns it wouldn’t have been a strong seller. The company with the four-ring logo was afraid the A8 Coupe would have had the same fate as the BMW 8 Series, another larger and luxurious coupe that never really took off in terms of sales – though it’s extremely desirable nowadays.

If you’re wondering what happened to the car, some say it hasn’t been seen in public since way back in 2002 and is currently in the hands of the company that built it, IVM Automotive.

While the A8 never received the coupe treatment for a production model, things could be different with the new generation scheduled to be unveiled on Tuesday. Rumors have been swirling around the Internet for years about an A9 Coupe or something to that effect. These rumors were fueled by Audi towards the end of 2014 with the unveiling of the stunning Prologue concept pictured above. It remains to be seen whether Ingolstadt has made up its mind about coming out with a direct adversary for the Mercedes S-Class Coupe and also for the BMW 8 Series reboot due in 2018.