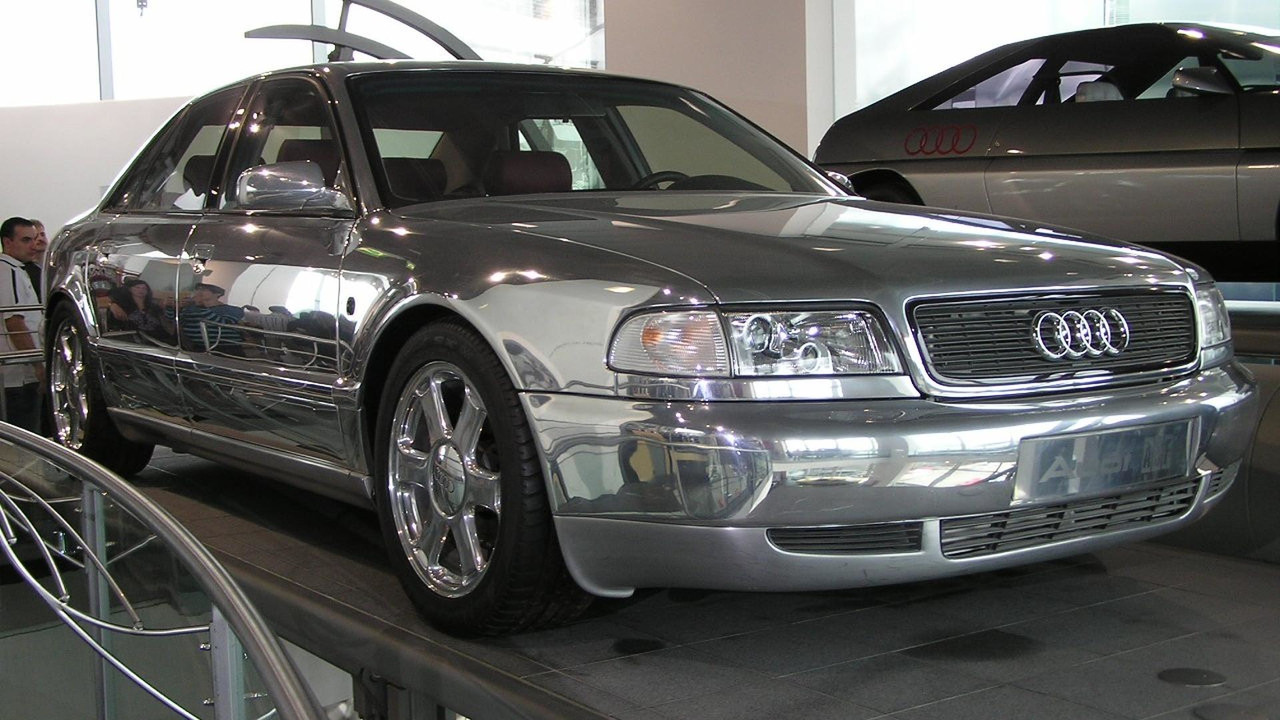 11 years and 40 patents later, the Audi Space Frame was born.

The Audi A8’s roots can be traced back to the year 1982 when Ferdinand Piech inked a deal with the Aluminium Company of America (Alcoa) to lay the groundwork for a new high-end car benefitting from a lightweight construction. Towards the end of that decade, Audi’s head honchos decided the model in question would take the shape of a direct replacement for the V8 (Typ 4C). The car went on to receive the “A8” moniker and was previewed at the 1993 Frankfurt Motor Show by the Audi Space Frame concept.

Perhaps “concept” is not the most appropriate word to use as the ASF was more of a prototype of the first-generation A8. It was displayed at IAA with an unpainted polished aluminum body to highlight Audi’s focus on making it as light as possible. And that it was. The aluminum unitary body of the production car introduced in 1994 tipped the scales at just 249 kilograms (549 pounds). Due to its special look at the show, the Ingolstadt-based marque said back then that its body “gleamed like silver.”

No less than 40 patents were registered during the development phase of the aluminum-intensive body, which was approximately 40 percent lighter than a conventional body. That’s despite the fact some of the areas were actually as much as 1.8 times thicker than the conventional steel for safety reasons. Audi managed to shave off 110 kg (242 lbs) from the body of the vehicle and said there was even room for more (up to 60 percent lighter) but it didn’t want to compromise the significant safety margins.

The ASF used extruded profiles (many with closed multi-chamber profiles) forming a lattice together with die-castings. Approximately 75 percent of the assembly work was conducted by hand at Audi’s Neckarsulm factory and out of the 334 individual components, the extruded profiles represented around 71 percent.

But the ASF wasn’t Audi’s first showcasing of its focus on aluminum construction. Eight years before the Frankfurt Motor Show, the four-ring company introduced an Audi 100 with an aluminum body at the Hanover exhibition in 1985. In addition, the gorgeous Quattro Spyder and the Avus concepts from 1991 both had aluminum bodies. We’ve talked about the two in our Concept We Forgot series.

Fast forward to present day, Audi is gearing up to introduce the fourth-generation A8 set to use the company’s latest developments of the ASF principle. Aluminum will be combined with magnesium, steel, and carbon fiber-reinforced polymer (CFRP) to ensure “the right material in the right place and in the right amount.” The A8’s biggest component in the occupant cell is going to be the rear panel made from CFRP, which will contribute by a third to the vehicle’s entire torsional rigidity.

The wraps will finally come off Tuesday, July 11, at the Audi Summit in Barcelona. Meanwhile, you can check out our massive gallery with 770 photos depicting all three previous models.